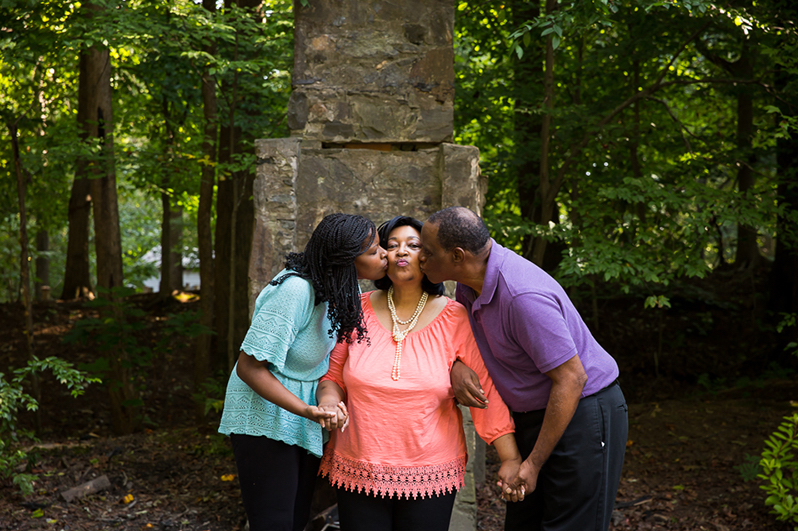 Won’t You Have These Conversations With Me?

When you grow up medically fragile, mortality is always on the forefront of your mind. When you grow up as one of a handful of minorities and persons with a disability in an extremely homogenous community, isolation can be constant. As I’ve aged and outlived expectations, I’ve often had to reassess my relationship with life and death. These contemplations took place in the solitude of bedroom closets or curled in a comforter on sleepless nights. I rarely discussed my thoughts or concerns with others, as death—what happens to our bodies when they cease living—is often a taboo subject, particularly in Black faith communities. And yet, it is this same Black faith community in which I have found great comfort and solace as I navigate being Black, sick, and alive in America.

I do not recall the exact moment when I learned about death. It must have come up when I was elementary school-aged. It was likely just prior to having a major surgery. Or one of the many instances when I asked my parents why I couldn’t go to Play Space during the winter and they explained that it was cold and flu season and all those ball pit germs could kill me (in far more delicate language, I’m sure). While many may find my parents’ reaction to be overprotective, they had good reason to be cautious. Born at only 24 weeks gestation, I have had over 40 major and minor surgeries, and counting. The prognosis at birth was grim. Neonatal specialists told my parents not to expect much from me. My under-developed lungs, damaged digestive system, and compromised immune system made me highly susceptible to common illness. Prolonged exposure to oxygen made typical growth and maturation highly unlikely.

Despite the naysayers, I eventually hit most major milestones, even if my timeline did not align with national standards and textbook examples. I even excelled academically, until a respiratory infection at 17 caused a severe setback and my doctor ordered me not to return to school for fear I would be putting my life at risk. During this time, a few friends called but I never had many friends and I am an only child. I was used to having time alone to contemplate my mortality rather than dream about the future like others in their teens.

After months of respiratory therapy (and social distancing before it was trending), I overcame the illness and went on to attend college where my junior year would again be interrupted by another encounter with mortality. In 2006, my father suffered the first of several strokes and, for the first time in my life, I realized I could lose him. While he experienced a miraculous recovery with almost no deficits, it took time and I became his part-time caregiver for a short time (though I just considered myself a daughter helping out her parents at the time).

I returned to school a year later and graduated from college three years later. A Great Recession graduate, it took me some time to find my first full-time job. When I began my career in healthcare, I started to seriously consider my future for the first time in my life. My life would be interrupted once again when my mother was diagnosed with Frontotemporal Dementia in 2013. I left that job to become my mother’s full-time caregiver. In the early days of caring for my mother, I encountered a whole new level of devastation and isolation as I sought out other people my age who were mourning both the impending death of a parent and the loss of a long-hoped-for career and future. 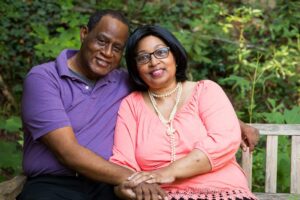 Suddenly, I was a millennial caregiver and a daughter engaged in the longest goodbye with my mother. I watched voyeuristically through social media as friends received promotions in their dream careers, married their sweethearts, expanded their families, and bought new homes. Meanwhile, I struggled to hold onto the memories of the enterprising baker and songstress my mother used to be, while watching her actively die by a thousand cuts in the form of tangled neurons in the frontal lobe of her brain.

For nearly 8 years, my responsibilities have become increasingly more involved as I help my mother eat, bathe, dress, and become reoriented in moments where she’s unsure of her surroundings. The tasks of these activities of daily living—added to paying bills, managing medication, scheduling medical appointments, and attending graduate school full-time—can be a lot for any one person to hold. Add to that oversized load another round of isolation amidst a global pandemic that is disproportionately infecting and killing Black Americans, and the regular reminders of mortality following the rash of killings of unarmed Black people by police across the country. We are enveloped by grief in all its various stages and presentations.

With so much disconnection and despair, perhaps the tone of the present day seems hopeless. But the faith my parents exercised in their early thirties when I made my surprise entrance into the world is the same faith that sustains us to this very day. My parents still don’t speak openly about the physicality of death, but we never deny the fact that we will die. And when we inevitably die, we will have left our marks on the world. Whether showing the world that Black women are businessowners like my mother, Black men are affectionate like my father, or young Black people care for their parents like me. We count our time here as finite but not frivolous.

I recently celebrated my 36th birthday. And just as I did as a child, I still spend more time daydreaming about the homegoing service I will have than a wedding that may never come. On occasion, I wonder what will happen if I live another 20, 30, 60 years. What will community look like for me? Will we have made any progress toward racial equity and social justice? Will I have anyone who cares about me in my life to take care of me if I am no longer able to do so for myself? After all, no matter how old I get, I will still be a Black woman living with a disability in America, twice as likely to develop dementia, twice as likely to die from COVID-19, and nearly three times as likely to be shot by police as my white counterparts.

The heaviness of these statistics could cause me to go permanently into hiding, but through constant prayer and consistent therapy, I realize that I am not alone – there are thousands of other Black caregivers carrying the weight of the world on their shoulders, all looking for connections, solutions, and support. Though I have bad days or weeks where I find it hard to make sense of it all, I still have hope: hope that the disparities and injustices revealed in grand fashion throughout 2020 have prompted conversations that will turn to systemic change. It is my hope that conversations on death as a result of COVID-19, and on race as a result of injustice, evolve into vigorous action and sincere advocacy.

I now envision a future for, if not myself, the world, where no one fears a trip to the store could result in a fatal disease or gunshot wound—each as the result of the color of one’s skin. If you share in my hopes for a safer, more just, more equitable society, I encourage you to keep having those tough conversations again, and again, until dying unjustly or alone become unthinkable ideas of a bygone era. Won’t you have these conversations with me?