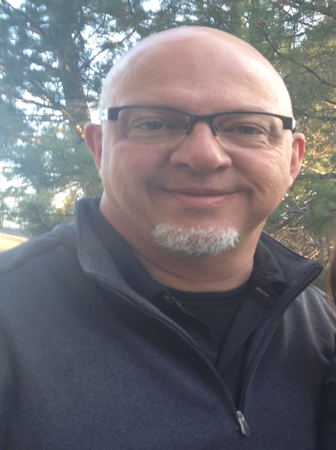 Lessons on Engaging Youth and Faith Settings as Conversation Catalysts

St. Charles Health System, a rural health system with four sites in Central Oregon, is a Pioneer Sponsor with The Conversation Project’s Conversation Ready initiative. Their interdisciplinary palliative care team has been heavily involved in efforts to spread the work about the importance of having “the conversation” to people of all ages and all faiths.

The Conversation: “not awkward” for young people

High school students may not be the main demographic we think of when we think about the conversation. But according to Rev. Scott Johnson, a chaplain on St. Charles’ palliative care team, it makes sense to engage young people. “I believe that most teenagers (high school upper-class) are mature enough to engage in this conversation and I believe that they are interested as well,” he says. What’s more, young people can play a key role in bringing change to other generations. “If they take this material to their families they can be a catalyst for the beginning of family conversations – they can encourage their parents and grandparents.”

The hospital works with local high schools on a program for students who are interested in health occupations careers. For one class meeting per course, Rev. Johnson visits and talks about his work, offering an introduction to chaplaincy, palliative care, and hospice. He provides the students with the Conversation Project starter kit, and part of their homework is to have conversation with their families.

He’s found them to be surprisingly receptive. At the end of every class, he asks “Is this awkward for you guys?” He says that “to a T almost every time they say, ‘This isn’t awkward. This generation, we’re more willing to lean into this.’”

Rev. Scott Johnson who works with high school students asserts that young people aren’t as intimidated by discussions of death and dying as older generations.

Rev. Johnson realizes that sometimes it can be difficult to reach youth. He has an automatic “in” because his class is part of the curriculum for the health occupations program. Partnering with school systems could present great opportunities for people working on this issue.

In September 2015, St. Charles hosted a major faith-based summit at the hospital in Bend. A total of about 60 faith leaders from the region—rabbis, Buddhist monks, Unitarian Universalists, Seventh Day Adventists, mainline Christians, and Catholics—came for a two-hour lunch.

For Rev. Johnson, the discussion reinforced that “theology and advance care planning are good dance partners.” They discussed relevant quotations from the Bible and other religious texts. Exodus 20:12 commands, “Honor your mother and father.” The Quran (17:24) tells us to treat our parents kindly and with humility. The first principle of Unitarian Universalism is the inherent worth and dignity of every person. And Buddhism advocates nonviolence toward all life forms. “Are we willing to admit that unwanted measures at the end of life actually inflict harm and violence on the ones we love?” Rev. Johnson asked the audience.

Since that event, the team has collaborated with the First Presbyterian Church that participated. In January of 2018, they jointly held a 90-minute panel discussion for the church’s seniors’ group, SAGE (Soulful Aging 4 Growth and Enjoyment). At this event, they provided starter kits and the Oregon Advance Directive. The church’s lead pastor, who facilitated the panel, told a story about a time when he had an emergency overnight hospitalization. He realized that “as much as he has promoted having the conversation to others that he himself had not yet communicated his wishes to his family and that this needs to be a priority for him,” said Rev. Johnson.

On June 8, Rev. Johnson and Dr. Laura Mavity, the Palliative Care Clinical Director, led a breakout session at the Oregon Statewide Palliative Care Conference on engaging faith groups as community partners in palliative care. The conference organizers noted this workshop was very well-received, garnering wonderful praise by several attendees: “I will be sharing the Conversation Starter Kit with families I serve in my adult foster home and also the other providers in my community. This is an invaluable tool to help families through these extremely difficult and sometimes intimidating conversations. Thank you for sharing this wonderful work!” “I liked the theme of Theology and ACP as dance partners and could not agree more with that analogy. This talk was an excellent reminder that we need to sometimes sit in the ‘uncomfortable’ with patient families in order to find out what is best for the patient.”

Although the faith summit was a great success by some measures, Rev. Johnson says there was one thing they should have done differently: follow-up. “We kind of threw out, ‘Here’s our business cards, contact us.’” But he later realized that a more formal follow-up plan would have been helpful, in terms of clarifying a specific ask. “When people go back—their schedules, the liturgy—it’s hard to fit this in,” he says. He received a rewarding report from a Zen Buddhist priest (who said the feedback he got was that it’s a “generous act” to have the conversation), and the St. Charles team collaborated on another event with the First Presbyterian Church, but otherwise has not heard reports. He’s not exactly sure what a more formal plan would look like, but it might have involved something like a form asking, “Would it be OK if we followed up with you in three months with a direct phone call, talk about how we can help you with the next steps?”

His overall advice? “Start small, go slow, and build in time for follow-up.”