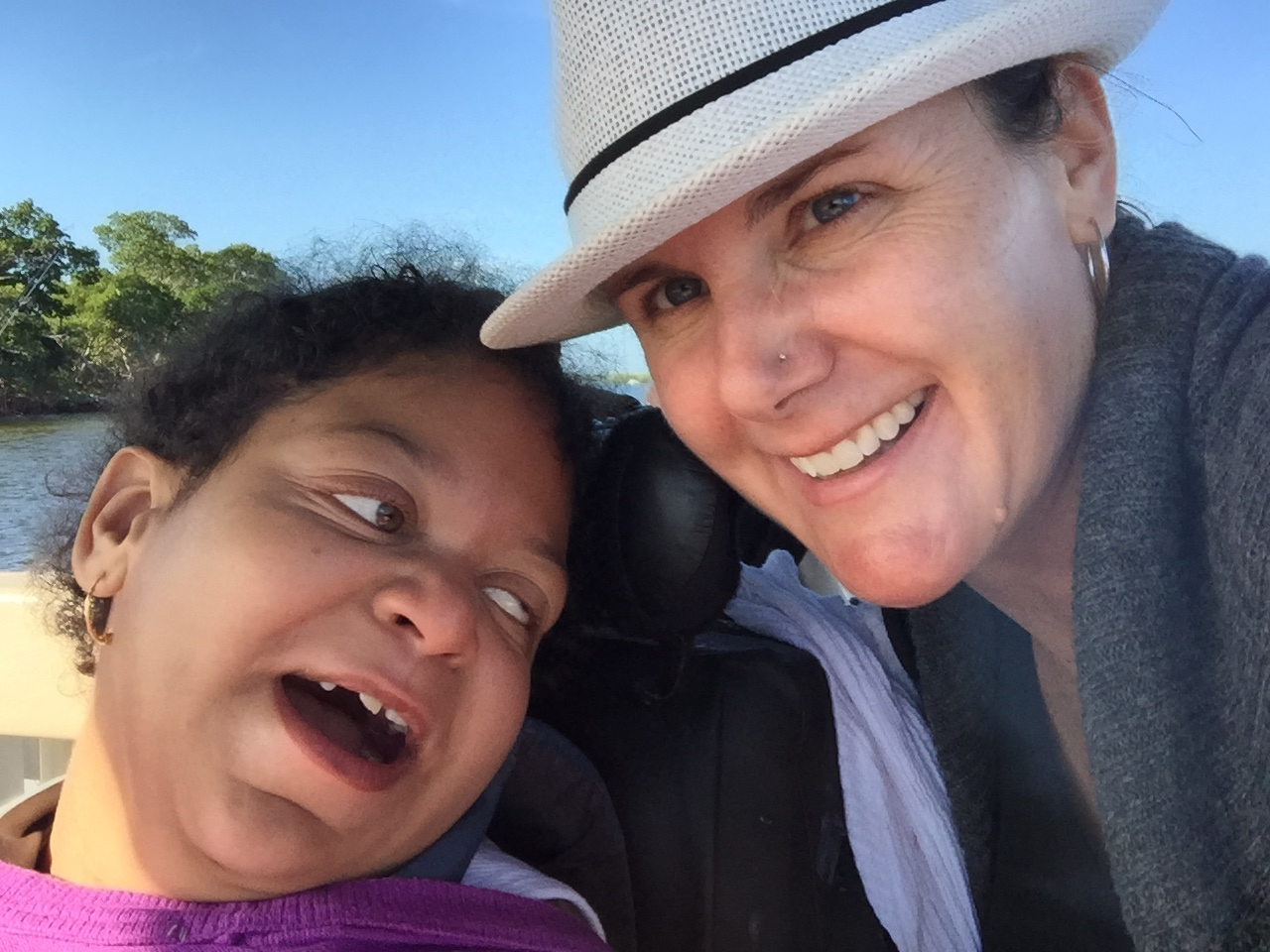 I have struggled with how to begin to write about our experiences with trying to have the conversation about end-of-life wishes with our providers in the last year of our daughter Justice Hope’s life. The struggle I feel is an emotional, complex, ugly web. Unfortunately, the stickiest arms of the web are formed by bad experiences and trauma; years of navigating systems that thrive in the contradiction of simultaneously valuing and disregarding your child and your parental role, value and skills. In creeps the doubt. However, in the midst of working to untangle the web, I manage to uncover the fact that it is actually not all that complex. So many of the solutions to fragmentation and failing in our healthcare system and particularly when it comes to respecting end of life wishes, lie in the simple: listening, communication, teamwork. 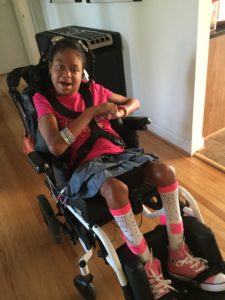 Justice was an amazing young lady- so full of love, pure joy and wisdom. She was a straight up diva who loved music, bling and her friends and family; she was popular and influential even though she was, cue the BIG air quotes, “non-verbal, non-ambulatory and every other non- someone could be labeled.” She taught me so much about life- much more than any degree for which I have paid way too much money. This post is my first attempt to write about what happened when I tried to initiate the conversation with some of my 11-year old daughter’s providers in the last year of her life.

In my capacity as Instructor of Pediatrics at a regional medical campus, I have often heard and read reflections of medical students and residents describing patients and/or families as “difficult.” Quite frankly, in all the hours I have logged in waiting rooms, clinic visits, hospitals, etc., I have heard many (attendings, PT, OT, RN, MA, CNA, phlebotomists, etc.) casually and quickly use this descriptor. While in some cases it may be that simple- someone is being difficult. Overwhelmingly, most are not being difficult (or at least not intending to be)- they just don’t feel heard, they aren’t understanding, they are afraid to ask

questions, afraid to share, seen as asking “too many” questions, struggling through multiple challenges, trying to bring the shared into planning and decision-making etc.. Any feedback I give students focuses not on the issue, diagnosis or challenge, but rather on the basics of communication. This feedback is the same when the students reflect on end of life issues: the patient who refused a terminal diagnosis, the family who would not discuss “options” other than full intervention. Communication. Listen. Ask questions. Talking Matters.

So when I began to notice changes and very distinct declines in my daughter in December 2015, I was determined not to be “difficult.” My husband and I began talking. Parts of the conversation felt natural to us, particularly the foundation in wishes, priorities and quality of life, as these were the same guides we used for Justice’s life for the past decade through a world that often tried to weigh her down in diagnosis and treatment rather than hope and life. And then we began to talk to Justice’s providers.

Here is some of what I said:

Here is just some of what I got in response. 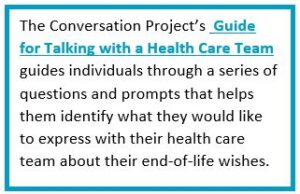 I was stunned. We had initiated the conversation. We were open, honest and able to recognize the limits of medicine and the fragility of life. As parents of a child with multiple disabilities and medical complexity, a vast majority of our “training” is in limitations and how to make accommodations- the requirement for flexibility had kicked my type A personality to the curb long ago. How were we being difficult? And then I realized that it was not us, but rather, it was the physicians who were being difficult. While we most often discuss the inability of families to relinquish control over what is happening to their child and her health, in our situation, it was the physicians who could not relinquish control and recognize that Justice, even as a child with multiple disabilities and medical complexity, had priorities beyond merely living longer. They were being difficult because of many reasons, most notably, fear of what medicine (and they as providers) can and cannot do.

The response of one of our (ok, he was Justice’s doctor, but provider and teammate for our whole family) most beloved physicians, encapsulates this fear combined with the sticky web arms of genuine emotion, ego, shame and courage.

“Even if the surgery cannot fix or cure this obstruction, isn’t it worth the risk? Shouldn’t we try everything?”

No. That answer came quickly for my husband and I, but not easily. Ultimately we reached an impasse in which medical interventions compromised Justice’s life more than they helped- and they caused so much discomfort. There is a difference between a hard death and a good death; this is even true for a child to whom no one can bear saying goodbye.  A good death is not about giving up. It is about valuing life to the end in the way that matters to the patient and family. For Justice that meant spending her last day of school, which was fittingly Valentine’s Day, surrounded by the love of friends. It meant walks through our neighborhood and driveway games with family followed by all 4 siblings sandwiching into her single size hospital bed to cuddle and watch a movie. It meant being enveloped in her dad’s arms one last time with Bob Marley music playing and soft lights twinkling all around. It meant kisses, hugs, singing and tears with loved ones and special visitors. Not cold, hard hospital time away from all that mattered to Justice.

In spite of everything, Justice’s last week of life was at home, surrounded by love, her death was peaceful and finally on her own terms. The weeks and months prior are what haunt me- the stickiest part of the web. And yet I still have hope and an even stronger belief in the power and critical need for the conversation- early, often, always and not just at the end of life.

Cara Coleman, is a wife, a mom trying to keep her head above water and choosing joy at each turn, an attorney, an advocate at Family Voices National and the Institute for Patient and Family Centered Care, an Instructor of Pediatrics at VCU Medical School INOVA Campus and the author of “I am Justice, Hear Me Roar” about her daughter, Justice.