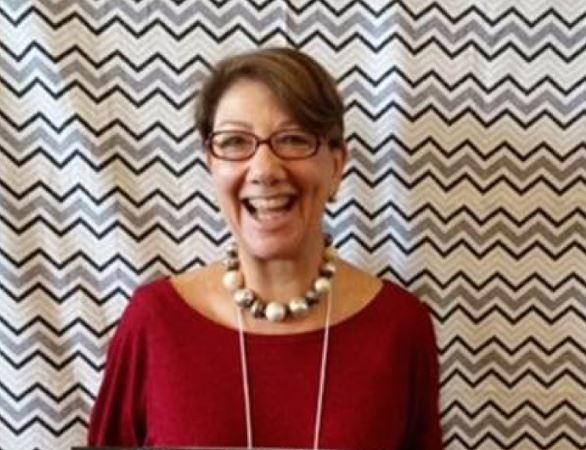 Q&A With Harriet Warshaw, Executive Director of The Conversation Project

For this week’s Talking Matter’s blog post we bring you a Q & A featuring our amazing Executive Director Harriet Warshaw. With more than forty years of experience in the healthcare field, Warshaw has worked tirelessly within healthcare institutions such as The Boston Hospital for Women and the New England Healthcare Institute, to develop healthcare programs that address the many needs of the communities they serve. Below, she discusses her passionate career as an activist and administrator, and describes what motivated her to join The Conversation Project and why she believes this work is so important.

How long have you been working for The Conversation Project?

I’ve been working for The Conversation Project for two and a half years.  I was recruited by Harvey Freishtat a director of the nonprofit, who I’ve known for years. The Conversation Project team was looking for someone with administrative skills to round out the senior management group and compliment Ellen’s creativity and Harvey’s business savviness. They really needed someone who had experience transforming a concept into an actual program.

Can you tell us a little about your past experiences?

I’ve worked in healthcare in senior management positions in both public and private sectors including senior positions at The Boston Hospital for Women, New England Baptist Hospital, Genzyme Corporation and the New England Healthcare Institute. In all of those settings I worked with teams of people who had an idea of what kind of program needed to be put into place, but they needed someone to oversee the program’s development. Whether it was the development of the first neo-natal care unit in Boston or the first ambulatory surgery center in Boston.

Did you always know that you wanted to go into the medical health field?

I was always fascinated by healthcare. When I was junior in college I studied for a year in the Netherlands, and I really studied their social welfare and healthcare systems. After college, I worked for the National Health Service Corp, setting up health centers in rural Georgia and then I went to graduate school and did my field work at the Boston Hospital for Women. At that point in time, in 1975, there were no women in hospital administration. It was there I recognized my real passion for developing programs that communities really needed, opening up the resources of these very traditional, academic hospitals to address the real needs of their communities. I was working at the Boston Hospital for Women when the first female OB resident arrived during the birthing movement in the mid-1970s. There were no female obstetricians before her, and [her male colleagues and superiors] gave her such an impossibly hard time.

Describe the birthing movement and how patients advocated for themselves to change the culture within the medical industry?

It’s important to retell this history. During the birthing movement, women said they would deliver at home if their partners could not be present in the delivery room alongside them. This was a time when women were learning more about their bodies, and then with that knowledge demanding more control over how they delivered. Before the mid-70s, women were drugged and left to deliver sort of while they slept. Their partners couldn’t be in the delivery room. Cameras were not allowed nor candles nor warm baths. The birthing rooms were very sterile.  It was really the patients who demanded better. They said, “This is not a medical procedure. This is a natural part of life.” They demanded more, and now we have birthing rooms that are more comfortable and considerate of each patient’s needs. We changed healthcare practices so women could give birth the way they wanted. We hope to create this cultural shift when it comes to end-of-life as well. What made you so passionate about The Conversation Project’s mission?

My family could have been the poster child for the importance of having the conversation. I had a brother who passed away in his late 40s from AIDS. As he was dying, he could never talk about his impending death, and that made it very difficult for me when I was his caretaker. I did not know what he wanted or how I could best care for him.

Both of my parents had chronic illnesses. After my father’s sixth heart attack, he said, “I’ve had enough. I want you to turn everything off.” I thought the poor cardiac fellow, who was taking care of him in the I.C.U., was going to have a heart attack of his own. He tried to talk my father out of that course of action. I said to the fellow, ‘go and get the Chief of Cardiology.’ Within ten minutes, the clinician was down in the I.C.U. He unplugged my father from everything, and he stood with my mother, my sister and me as my father passed away. What happened really showed me how the medical community was not being trained to handle these issues. This young physician had no idea how to listen to what his patient wanted.

My mother had six different cancers, yet she was able to have the kind of end-of-life experience that she wanted because she had clearly articulated it to me.  We were able to make sure it happened as she wanted. As she was going in and out of her morphine sleep, she raised one eyebrow and opened one eye and said, ‘just make sure everyone’s death is as beautiful as mine. That’s your job.’ What do you think has been your most rewarding experience while working for The Conversation Project?
It’s really when I go out and speak to people and I see the gleam in their eyes. It’s very rewarding to hear, ‘I need to do this. I’ve had an experience with a difficult death. And I understand why this is so important.’ It doesn’t matter what religious group or what ethnic background or what part of the country you are from, people are yearning to have this conversation and they don’t know how to have it. That needs to change.

Why do you think The Conversation Project is so important?

There are so many medical options today, but our healthcare system hasn’t learned that one option is comfort care. The healthcare system needs to catch up and let go of the philosophy that dying is a medical failure. It’s just as important for clinicians to accompany people on the end of their journey as it is to perform open heart surgery. The public needs to have that knowledge so that they can advocate for themselves and inspire their clinicians. I work to encourage everyone to become more involved. Anyone can be a change agent.