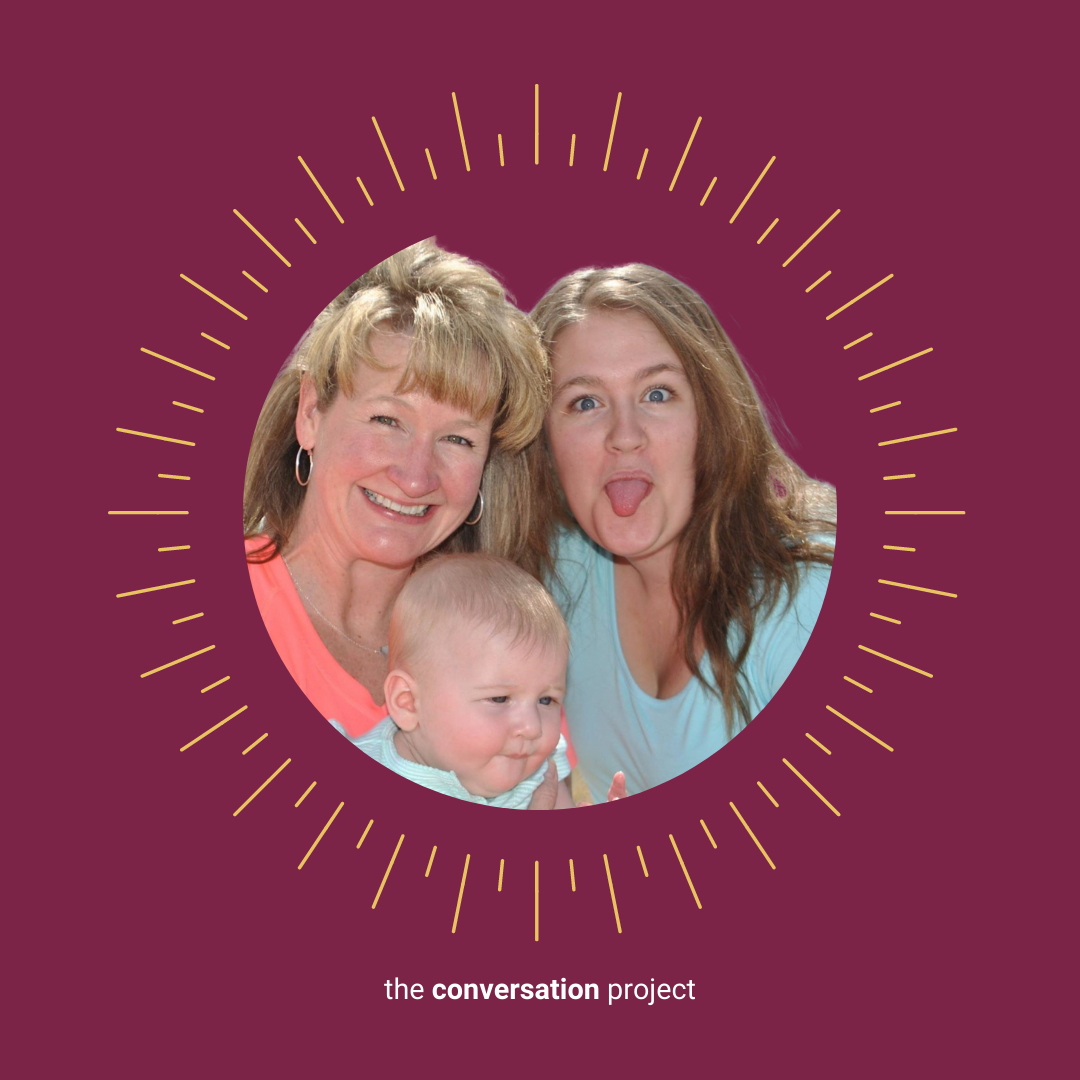 Preparing for a Happier Ending: How laughter helped one mother create meaningful memories with her dying daughter

As my daughter was dying, she said, “Mom, I don’t really want to think about what it will be like to actually die. I would rather imagine myself dancing on the beach – with my late grandmas – and hot men and margaritas!”

We couldn’t seem to contain our laughter, or our tears, that day.  Lauren, my 25 year-old daughter, was sharing her most treasured memories, while grappling with a future in which her dreams quite likely would not come true.  She was actively dying, and I was actively loving her through it.

Have you ever felt guilty for being able to laugh, even when in the midst of excruciating despair?

I answered Lauren’s phone call, three years ago in December.  She laughed as she blurted out, “the world was spinning, Mom, and I wasn’t even drunk!”  She fell oddly silent, and the other shoe dropped when she added, “Oh, and they think I might have cancer.”

Just four afternoons later, the neurosurgeon delivered an unfathomable diagnosis: Small Cell Lung Cancer, and it had spread throughout her body and her brain.  She was so young; her three-year-old daughter needed her; we all needed her!  One by one, I called our family from the privacy of the hospital bathroom stall.  In the following days, per Lauren’s wishes, we made plans for this treatment and that one; we were in ‘go’ mode.

A former nurse, I have two decades as an end-of-life companionship caregiver.  I know the cycles of grief, how a body typically shuts down, and have fostered conversations and reconciliations to help families find more peace at the end of a life.  I still didn’t feel prepared for this journey with my daughter.  While I was scared to ask about Lauren’s prognosis, the mom/caregiver/researcher/advocate/problem-solver within me needed to know.

Her specialists’ words, “2-3 months without treatment; a year would be an overestimation” dropped me to my knees.

Lauren did not want to hear those words, and so she never did.  Yet it was precisely because I heard those words that I was suckerpunched out of my denial.  I said to myself, “This IS happening.  How you choose to spend every moment from here forward will impact all of your remaining moments, regardless of when those moments might end.”

‘Acceptance’ didn’t mean that it was EASY to deal with emotions, hard decisions, or grieving.  Accepting the hard truth that death happens to all of us did provide us the opportunity to choose what we wanted to do between the bookends – that oh-so-short time between birth and death.

So we started making plans to achieve a happier ending; an ending in which Lauren would get more of what she wanted before she died.

At her bedside in ICU, the day after her brain surgery to remove the wretched tumor which made her world spin, I learned that she wanted her toenails painted ‘call-girl red,’ just like mine.  While painting, I learned that she was ticklish in a certain spot, and that she romanticized, “I always wanted to be like you when I grew up.”  Be still, my heart.  Why did it take me 25 years and a bedside position in ICU next to my daughter to learn that?

Lauren later shared that she wanted the hot-pink sheets on her hospital bed that she had loved in her room as a teenager. She craved the scent of cinnamon candles, and wanted that framed dollar store mirror hung ‘just so.’  She didn’t want CPR if her heart stopped; she did want chemotherapy until chemo caused more harm than benefit.  She weighed treatment options in terms of how they would provide quantity of days and quality of life – and there were times when she changed her mind about her preferences.  Then she would change her preferences again.

As a result of diligent, deliberate and sometimes excruciatingly difficult communication, my daughter was able to get more of what she wanted as she died – and along the way she removed the burdens of decision-making and regrets for her family.  What a reciprocal gift hard conversations can be.

I couldn’t keep her from dying, but by golly I would do everything under the sun that could help bring her some measure of joy or peace before she did.  Because she told us, we could even help make some of her wishes come true after she died.  Lauren’s ashes are now on that beach in Mexico ~ and yes, there were hot men and margaritas!

Finding laughter in the face of tears?  Absolutely; I will take that opportunity every time!  To be able to find joy, peace and even beauty in the midst of seemingly insurmountable grief, means that we had that magnificent gift: to have found meaningful love in the first place.  What will you choose?

In a culture which tends to deny that death is a natural part of life, the importance of candid communication about our final stages of life hit home personally when Lynn Sherwood’s daughter was diagnosed with, and died from, extensive lung cancer – at just 25 years old. By planning for death while living her best life, Lynn’s daughter, Lauren, designed her dying so she could get more of what she wanted before she died, and, in turn, helped remove the burdens of decision-making and regrets for her family.

Lynn Sherwood is a TEDx speaker, author of “Lung Cancer 101,” business owner, end-of-life (EoL) care educator and patient advocate who brings a touch of hope and humor to hard conversations about getting the most out of life before we die – to benefit the the individual and those who love them.  We all die; let’s do it better!