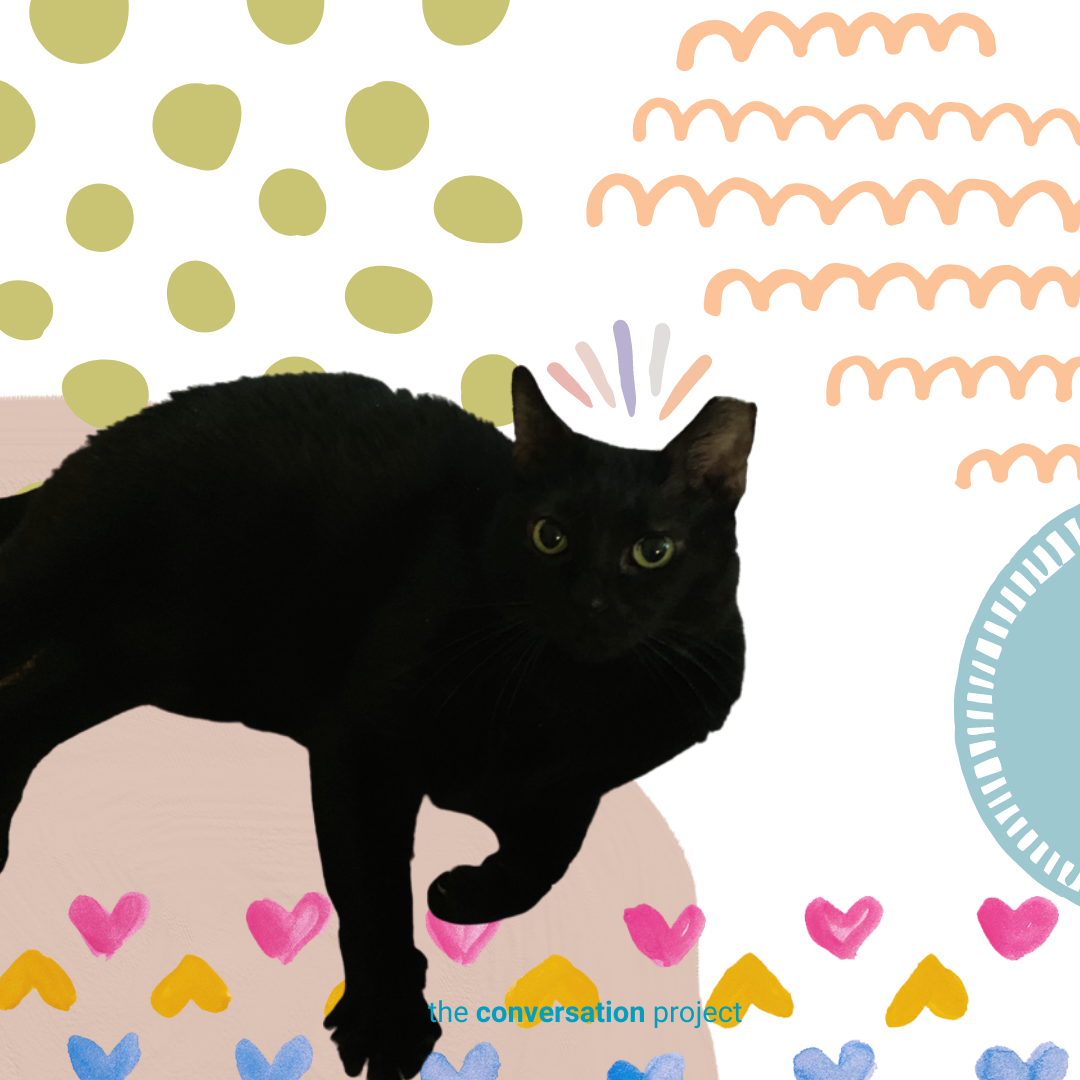 A thick blanket of old smoke hangs over everything, almost like its own entity in this house.  Yet it’s just me, on my hands and knees wedged between the wall and the bed, trying to convince a cat, Cinder, I come in peace.  This house tells a story.  At first glance, it would seem like a sad one:  a living room that has only one chair, a kitchen table too filled with clutter to have ever hosted a meal, and used urinals forgotten at the bedside, a testament to how difficult walking has become.  This house tells a story of a man who spent much of his life alone and now will probably die alone.

I first met “Peter” while he was an inpatient in our cancer center.  I, an oncology nurse practitioner (NP) at the time, had to tell him the devastating news that despite just completing several weeks of chemo-radiation for lung cancer, the cause of his dizziness was new areas of cancer in his brain.  Already a frail and elderly man, I knew the difficulty ahead for him with brain radiation and more chemotherapy the oncologist’s recommendation.  So, when Peter told me he couldn’t stay, I thought I needed to stress more the seriousness of his situation.  Only thing, Peter DID understand.   It was me who didn’t comprehend his situation:  he hadn’t prepared things at home for his cat and Cinder needed him.  A lifetime cat lover, this touched me.  Before I knew it, out the window went the unspoken rule of not getting personally involved with patients.  I gave him my cell phone number with instructions to call me if he ever needed help and I would care for his cat.  Within a few days, Peter was back in the hospital as life at home became too hard and ultimately, he was released to a nursing home.  So began a friendship that while short, impacted how I look at death and dying

Over the next several weeks, there were daily visits with Cinder.  Often I would sit quietly next to the bed he was hidden under just “being present.”  Visits with Peter were much like that too, mostly just sitting together as there were no words to make what was happening OK. Always though, he talked about Cinder.  Cinder was his only family- that one being who loves you unconditionally, in spite of you and your shortcomings.  Through this love, Peter shared much of himself and it became clear that speaking about Cinder helped him deal with emotions that were simply too big for him to carry alone.  For instance, as Peter described the typical daily routine of caring for Cinder, the pain of loss of an ordinary life was evident.  While fretting over the cat’s weight loss with his absence, Peter was able to reconcile with his own failing body.  When he told me about his fear of “letting Cinder down,” I saw the same heartache in Peter’s eyes as when he spoke of his estranged wife.

Almost in tandem, as Cinder’s trust in me grew, Peter’s health declined.  The day Peter was able to tell me we needed to find Cinder a new home was the day I know he had made peace with his impending death.  No big, emotional revelation or foreshadowing, just quiet tears and looking for my understanding.

It’s different being on this side of the bed as someone’s life is ending.  For so long I had carried the protection of “being a provider” when faced with death.  I came armed with medicines to prescribe or tests to order, leaving the true work of witnessing the unraveling of life to someone else.  Amy Wright Glenn writes in Holding Space that it takes courage to companion alongside death, to be able to say “I see you and bear witness to your journey.”  I’m not sure about courage, but certainly compassion.  Peter’s love and gratitude for Cinder were evident every day.   He longed to see Cinder one last time but we never accomplished this.  I hope my friendship was enough.

Cinder is thriving living with my mother and several cat-siblings.