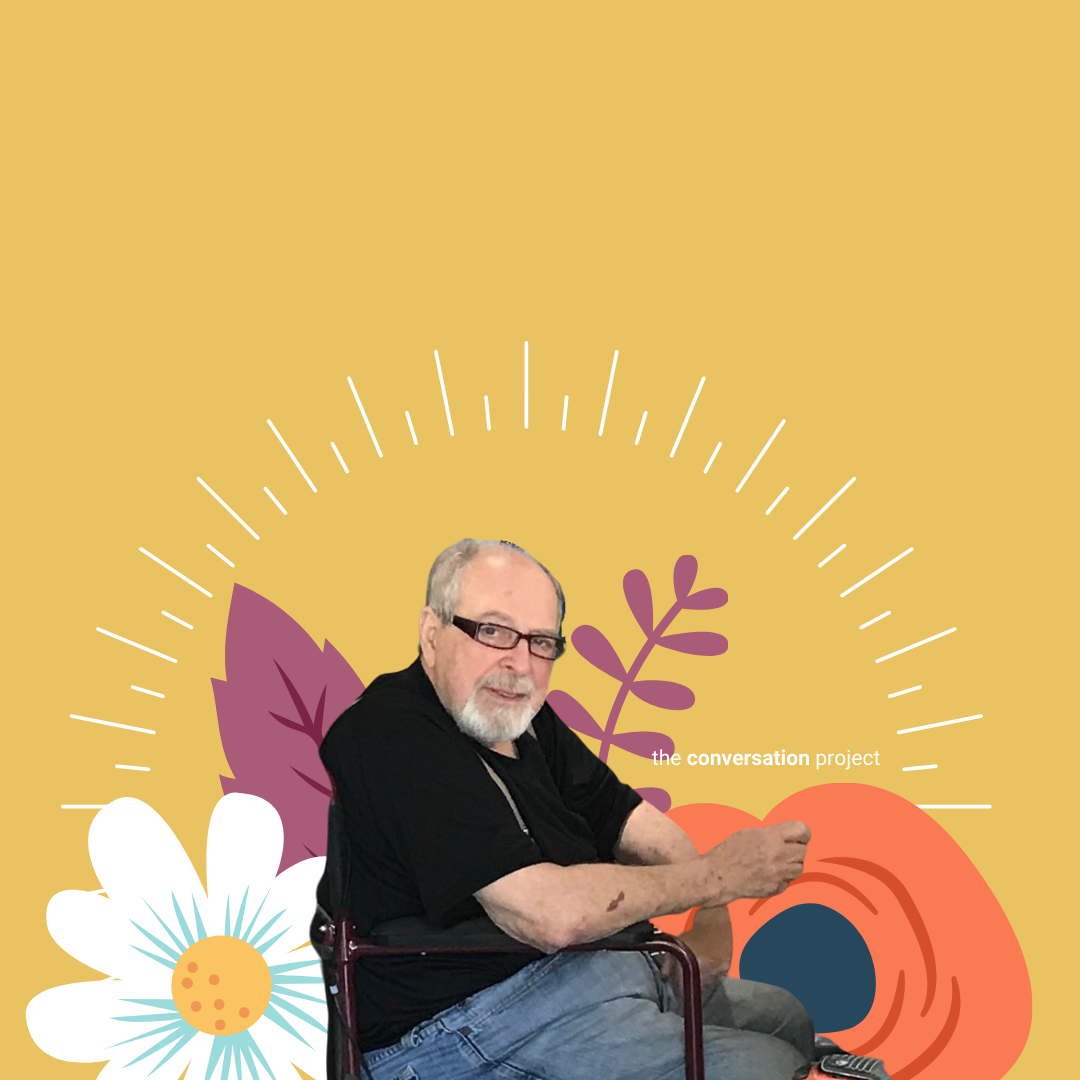 The palliative nurse told us what our doctor could not.

“I think of time in terms of years, months, weeks,” he began pulling his chair close so that his knees almost touched my husbands who sagged low in his wheelchair, his swollen feet stuffed into slip-ons resting heavily on the footrests.

“Sometimes it’s very difficult for the doctor to share this with a patient when they’ve developed such a close relationship like with you and your wife,” he paused. Hesitated. I stopped breathing. Tried to focus.

“As you know, there’s no cure for congestive heart failure.” I could feel tears.

“You have, like months, month to live,” it was hard to hear if the word “month” ended in an “S”. My husband gasped, “The doctor said I could live for many more years!” He was shocked. I began to weep. His thin hands fluttered up from his lap, he tried to gesture. Gave up.

I heard the nurse say “hospice,” heard my husband agree to have the electric shock on his pacemaker disabled. I felt oddly disconnected watching myself dig in my purse for tissues. My husband sighed. Overly loud.

The nurse left the room, then came back.  There were forms to sign. Another person came in. They left. I blew my nose. Then I was standing up, gripping the wheelchair handles. Pushing forward. We exited out a back door, down a vacant hall—a metaphor I reflected on years after his death.

“Wouldn’t it be better to know what we’re dealing with Phil,” I had said on the drive to the hospital that day. I was encouraging and hopeful. He had relented. Now we “knew.” It all seemed so sudden, although in retrospect others had surely seen where we were headed, but we had dug deep into hope, refusing to entertain other possibilities.

The first days with hospice were busy with nurses, assessments, instructions, notes, questions. A hospital bed was delivered and set up next to the master. I was told to make room in the frig for morphine and other medications. There were oxygen tanks and a bedside commode. Pads and dressings. I bought more groceries which nobody would eat.

Then everyone was gone. It was just us. Ironically, that’s when we started living. I left the worry about his health to hospice. We ignored all rules. His many medical issues, diagnoses, medicines, routines, cautions from the doctor—gone. Salt, sugar, carbs, alcohol? Whatever and whenever now. Scales for daily weighing—tossed under the bed.

We watched movies and napped without looking at the clock. I stayed home. Ignored email. Friends and family called and visited.

Grandkids decorated the Christmas tree; someone arranged a pile of firewood within easy reach. The hospital bed was moved and replaced the couch, so Phil could see the Christmas tree and the television. We lit a fire every day. I slept on the couch and we relaxed.

Ice cream at 9 a.m.? Of course. Brandy an hour later? Why not? Could the dog get on the couch, the bed, the chair? Certainly!

I tossed his days-of-the-week medicine organizer in the trash. He wore old t-shirts and a hat in bed. He only put on pants when people dropped by.

I gave him morphine. He fell. Many times. He was so thin that I could easily break his falls and together we would slowly slide down the wall. Huffing and puffing we’d sit up. Regain the ground.

One afternoon, Phil lurched to the garage and insisted on spraying another—a last coat—of shellac on one of the hundreds of birdhouses he made in the last months of his life.

I watched him struggle to absorb the many ways his body was betraying him. His skin sagged down from his shoulders puddling around his hips. His collar bones and ribs painted in what looked like a thin white wax—weirdly shiny.

“I’m not going to make it to Christmas, Mel,” he swore, I wrapped my arms around his neck and sobbed.

Out of the hospital. At home with hospice, we staggered through three weeks which felt endless to me but terribly short to him.

We laughed, joked, and remembered. At the end, we found joy.