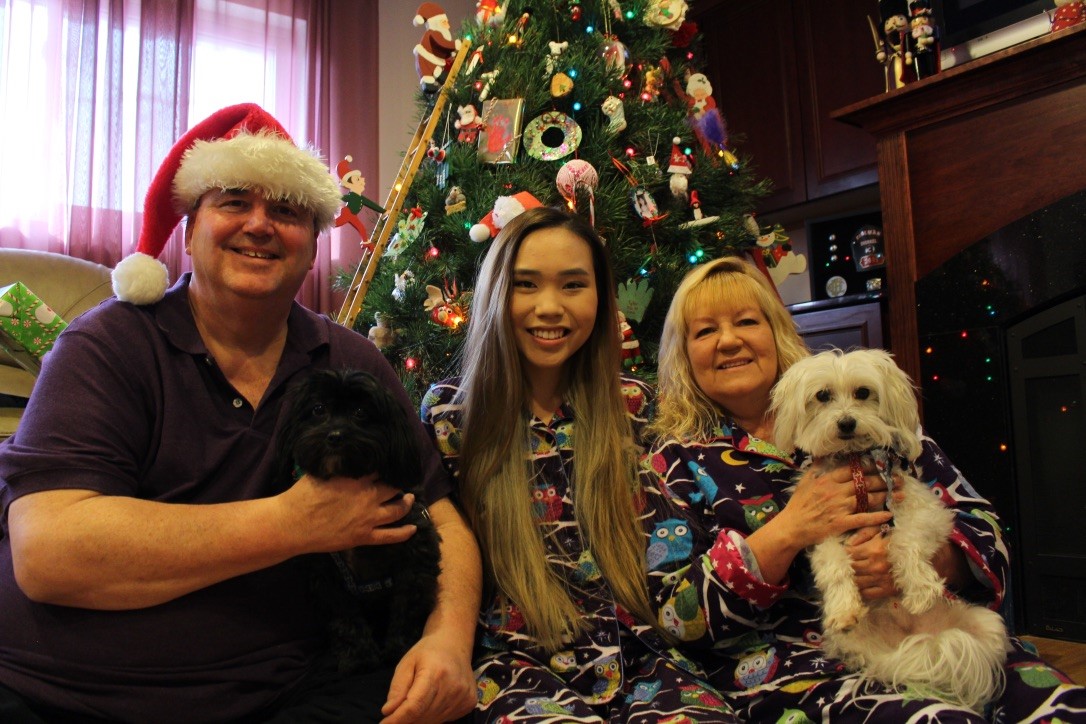 In poems, movies, and literature, mothers’ hands are always depicted as soft, smooth, gentle, and caring. My mother’s hands, though, were dry and scaly, with bloody and hardened cracks from eczema that was exacerbated by the laundry and dishes she did to keep the household running, or the below 20°F windchills she stood outside in, working as a crossing guard. Nevertheless, though, her hands were still gentle and caring, just like the way she raised me and took care of my father when he was recovering from a stroke, had a colostomy bag, and had other bouts of bad health.

When my mother became sick with ALS [amyotrophic lateral sclerosis], the skin on her hands was better than ever, except for perhaps the days when she still had the skin of a newborn baby. As her muscles began to deteriorate and she slowly lost the ability to do things, one day no longer able to drive, the next not able to lift her arm to scratch her nose, eventually not able to feed herself, the skin on her hands healed.

During this time, my father took over the work of the house, along with his day job. Though he never applied moisturizer to his hands, they were surprisingly never cracked. Rough and grisly, sure, but chaffed with dried blood, never. It was his feet though that were the problem, and eventually what took him away from us.

Diabetes made my father’s feet especially prone to infection. It was February 2020, about the time that my mother had stopped walking with a walker and would be pushed in a wheelchair, that my father got a bad infection in his feet. The medicine that killed the bacteria ended up hurting his kidneys. For a man with a damaged heart, this led to a pulmonary edema [fluid in the lungs that causes breathing problems] that he miraculously survived, only to have another one kill him two months later.

It was then, the early morning of April 18, when I got the call that my father hadn’t made it, that I was thrust into a role that I had not expected to fill for at least several more years.

When I first learned of my mother’s diagnosis, I knew that the dynamics in my family would shift and never be the same. My mother, the one who took care of everybody, the mother-to-all, now needed care. But, my father was there. He was her main caretaker, and I was there to help, but also still be a normal college kid, just like my parents wanted me to be.

As I was just beginning to grapple with the feelings of anticipatory grief for my mother, the death of my father brought real-time grief, along with a very real change in roles of my family. No longer was I a college kid that was helping with their sick parent, but the caregiver, the parent.

Most people at some point become the parent to their parent. Typically though, this doesn’t happen till much later in life, and not when someone is still in that weird in-between state of adult and kid.

Although they are legally adults, there are still many things that some young adults rely on their parents for, that keep them still in that role of child: help filing taxes; a place to “go home” to; a person to call when they can’t figure out what is wrong with their car; a person that pays for and understands, or at least acts like they understand, insurance plans.

The responsibilities of being a “real adult” along with care of my dying mother came crashing on my shoulders. I thankfully was able to find and have the financial means to hire a nurse to take care of my mother, as I physically could not do the daily tasks that were required, like lifting her. But beyond day-to-day care, there were many other tasks to do, like selling our house, arranging doctors’ appointments, and simply just being there for my mother.

I think that the hardest part of being a parent to your parent is the emotional part. No matter how old I was, my parents would tell me that I could come and talk or cry to them about anything. Except, I couldn’t when it was about them. It is a scary place to be, when the person who always hugged you and told you that everything is going to be okay, is now afraid and dying. Growing up, I always knew that my mother was resilient. It wasn’t until I was in this role though, that I truly realized how strong she was. Even as she could no longer hold her head up, I had never met anyone stronger. The role of a parent, of a mother, is one that is not for the faint-hearted. I hope that in my mother’s last days, I was able to be as strong as my mother was all those years and pay back even just a little bit of the care that she gave me. Thank you, Mom.