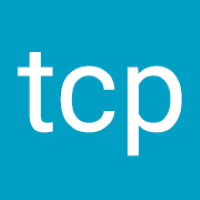 Giving Thanks for My Father’s Death

This Thursday, there will be an empty chair at the table for our family Thanksgiving gathering. My brothers and I made plans months ago to come from the many corners of our busy lives to be together for what we suspected would be my father’s final Thanksgiving on earth. But he won’t be with us. He died October 16, 2016.

Don’t misunderstand: I’m sad; I will miss him forever.

And I am grateful for his death.

My father was 95 in August. For more than two years, we witnessed the mental diminishment that came with the unforgiving progression of late-onset dementia. Ultimately, the man who was a navigator during World War II—who could fly through night skies with stars as his guides—would say, “I’m lost. Where am I? Where are we going?” Untethered from the circadian rhythms of the household, he would wander restlessly at night and doze on and off through the day.

It became more and more difficult to understand what made him comfortable or uncomfortable. What he would want to eat instead of push away. Whether he would agree to take a walk or get dressed or simply refuse.

So, when he died quietly, sitting in his favorite chair, waiting to be called for dinner, I was, of course, sad. And grateful.

Grateful that his death was what so many of us dream for ourselves: It was peaceful, seemingly without pain, at home, near his beloved wife, the smells of his favorite dinner wafting from the kitchen. We are grateful for the mercy that he still knew his bride of 63 years, and recognized his children and grandchildren. The twinkle is his eyes still ignited when he saw a baby or a pretty woman. And he was still saying, “Thank you,” “I’m sorry,” and “I love you.”

I am so grateful that we had some crucial conversations along the way. Dad convened his adult children after Thanksgiving dinner some years ago to explain his finances to us all. He designated who was to have Power of Attorney for financial matters, who would be executors of his estate, and who his back-up health care agent was, after our mom. Early last year, having outlived the battery in the pacemaker/defibrillator that slept under his skin, he opted to have just the pacemaker replaced, saying he didn’t want his heart “shocked” if it was ready to stop. We gently pushed the conversation to the next level: What if your heart stops beating in the hospital or at home? Do you want us to attempt CPR to try to restart your heart? “No,” he answered softly. “I don’t want that.” He asked his doctor for a DNR order and it was placed on the refrigerator at home. I am so grateful for his courage, and for my mother’s and brothers’ tender compassion that allowed us to talk openly. And for the doctor’s humanity in receiving Dad’s request. Those conversations were a gift that gave everyone peace of mind on October 16th.

Though he “graduated” from hospice in August, I am grateful for the dedicated and compassionate people who supported my parents for six months. If you ask her, my mother will tell you how “Wonderful!” were the world-expanding visits from the chaplain, and social worker, and nurse—for both of them.

As I look around the table this Thanksgiving, I will, no doubt, see eyes that twinkle like my dad’s, and eyes that sparkle with brimming tears. And I will feel so much gratitude for the gift of my father’s life and his death. May his memory be a blessing for generations.