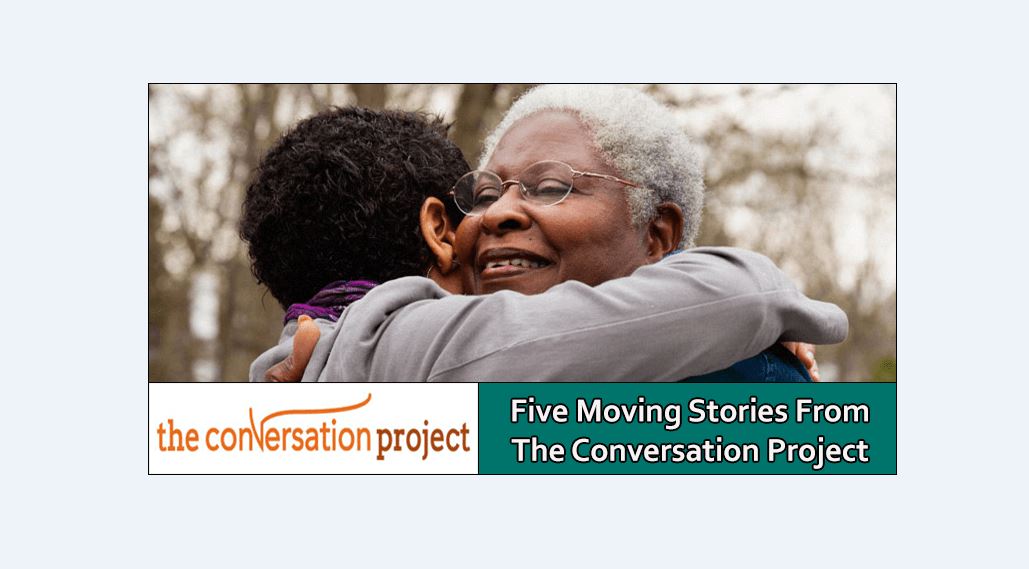 When Lindsay posted her story on our website, she was 27 years old and worked in the Hospice and Palliative Care field. Her experiences in the field influenced the way she imagined the end of her life, and she’s a great example of why it’s never too early to have the conversation. Arlene’s mother had a mantra during the last few months of her life after being diagnosed with lung cancer: “Don’t let me suffer.” Arlene was a hospice nurse and understood and appreciated the clarity of her mother’s wishes, but Arlene’s sister had a more difficult time accepting this; she wanted their mother to fight. Arlene had to help her sister realize chemo and radiation wouldn’t help them fulfill their mother’s wishes. Wasn’t that the most important part?

He Just Left It Up To Me Vicki tried repeatedly to have the conversation with her husband, but he always avoided the subject of death. “Do the same thing for me that you would want done for yourself” he’d say. During his final days, it wasn’t so difficult to decide what course of action to take but rather how to explain her choices to his family. Hong Yee’s family rarely talked about death. He recollects remorsefully how his family “brushed off” his grandmother’s laments about the poor quality of her life during the last few years of life. Because of this guilt, he refused to have the same thing happen to his parents. Despite his fears about offending his elders, he had the conversation with his father, who was ready to have the conversation and assumed his son was not.

The Love Of My Life Betsy’s husband and the love of her life was a painter and paperhanger who passed away at the age of 67.  She shared her moving story with The Conversation Project to encourage others to listen more to their loved ones. “They have something to tell you.”