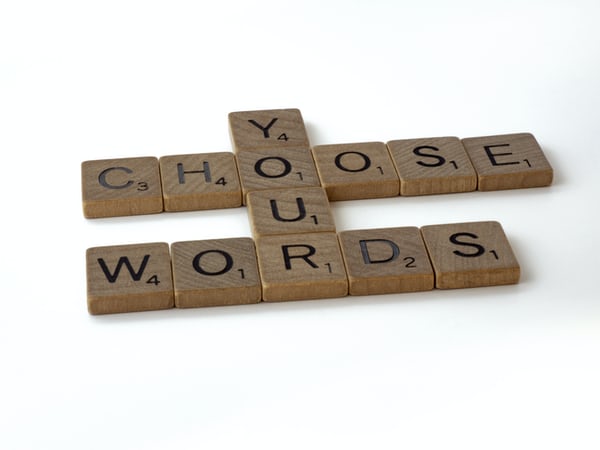 The Black Dog: Expanding the Word Bank at the End of Life

Winston Churchill didn’t like train platforms or balconies. He didn’t like to stand by the side of a ship and look down into the water. He wrote:

A second’s action would end everything. A few drops of desperation.

Churchill referred to these “few drops of desperation” as the “black dog.” Sometimes this black dog also carried on its back long bouts of barely functioning, barely being able to get out of bed. He was borrowing the phrase from Samuel Johnson, who himself suffered from manic depression. The black dog was mostly aloof, in the periphery. Except when it wasn’t. Sometimes the black dog, in all of its heaviness, would lay directly upon his lap.

A dear friend of mine has a child who has suffered from a tumor on his pineal gland, which is in the center of our brains. She finds the phrase “fighting cancer” weird. “We aren’t fighting,” she says, “we are driving to a big New York City hospital and allowing them to put chemicals and radiation into our kid’s body.” Those with chronic illness know that often surrender can be more effective than merely scrapping with symptoms.

Imagine if Churchill, a man already fighting a great war, were to cast the black dog in different terms. Imagine if Churchill were to conceptualize his drops of despair as enemy guns deserving artillery or land mines in need of sweeping when there were already so many real tanks with which to grapple.

Ludwig Wittgenstein was a philosopher of language. He also worked long hours as a hospital porter in London during the Second World War. Wittgenstein’s view was that language works by triggering pictures in our minds of how things are. Words enable us to make these pictures and people are constantly “swapping” pictures with each other when they communicate.

The Significance of Language and Imagery

I work as a hospice chaplain. Recently, we had a man who was paraplegic on our services. He was a walking example of battle. He lived by the sword and now he was dying by it. He had sustained a severe gunshot wound as an anonymous act of retribution for his time in gangs and dealing drugs. His pain was far more mental and spiritual than physical. For a handsome thirty-something, the reality that he would never be able to use his legs or one of his arms and only have limited use of the other (not enough to suction himself or wipe himself with a rag, which he so desperately wanted to do), was causing incalculable anguish. I worked with language. I worked with imagery, asking him his favorite memory. When his father took him sledding. How frigid was it outside? What hue was the sled? How towering was the hill? As we worked with the imagery, you could see that anguish and anger begin to fade.

Wittgenstein got it right. Language is powerful. Language transports, changes, and shapes us. We must examine, then, the language we use when we talk about living with chronic illness or end-of-life. We use militaristic language: we speak of fighting and of battling.

Similarly, when we speak of dying after a time of prolonged illness, we have often heard it said: “they lost the fight,” as though people who die are losers. As though they didn’t fight hard enough, skillfully enough. Why, if we are all dying, do we categorize death as a loss? The dying process and, if we are honest, the living process, is exhausting enough.

Illness is humbling. Illness requires some measure of surrender, to our limitations, to medications, to treatments that may embarrass us.

If we could relinquish the militaristic clichés, we might allow ourselves to surrender more, to view limitations not as debilitating but, rather, as necessary realities of being a human on this planet. Humility is the hidden power, the real secret weapon to living—and dying—well. Surrender is an act of courage not cowardice. Its accepting what is and living as fully as possible in our reality.

Here’s my charge to all of us: expand the word bank. Expand the image bank. For when we do, we will then find that we have not lost the war. We have truly lived.