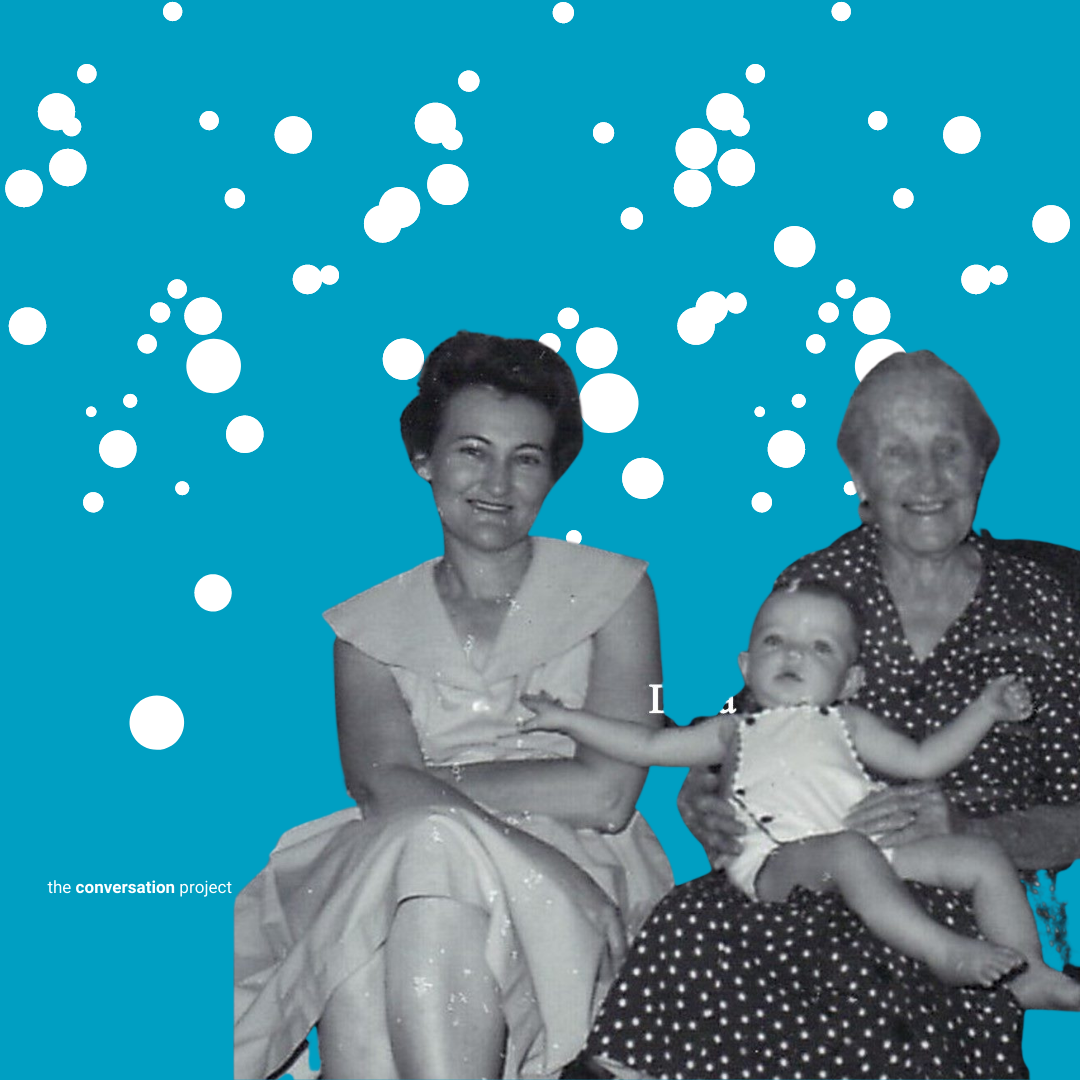 “I’m frying bacon as fast as I can,” I replied. She stirred a spoonful of sugar into her coffee cup. “That’s not what I’m talking about.”

We locked eyes. In the time it took me to count three seconds, her eyes told me more than words could convey. I saw fear — one Mississippi. Pain — two Mississippi. Sadness — three Mississippi.

The quiet in the kitchen was loud. It roared in my ears.

I couldn’t hold her gaze. Turning to the skillet, I stirred flour, salt, and pepper into the bacon grease to make gravy the way she’d taught me years before. My body was at the stove, but my mind was a million miles away wondering if anticipation of loss is worse than actual loss.

I was already missing my grandmother, Maxine, though she was six feet away in my sunny breakfast nook, sipping coffee at the oval oak table she’d given me. She didn’t need furniture after she moved in with my mom and stepdad.

I was grateful she couldn’t see the look in her eyes mirrored in mine. I had words of encouragement, but words couldn’t squeeze around the lump in my throat. I poured milk into the pan while she talked about radiation treatments, endless doctor appointments, and the achingly slow pace of passing.

I’ll always believe not seeing or hearing my reaction allowed her to express her true, raw feelings in a fearless way. She admitted surprise; she never expected to live so long after receiving a diagnosis of advanced lung cancer fifteen months earlier. She didn’t want to leave us but didn’t want to burden us. She’d spent her life taking care of others, never imagining it could ever be the other way around.

“You could never be a bur—”

She didn’t let me finish. She wasn’t interested in being placated.

I stirred the gravy and stole glances at her. She had a faraway look. I’d seen that look before when she’d told me about being orphaned as a young child. After her parents died, she’d lived with family members not exactly happy about her presence in their home. I’d also seen the look when she described defying her non-supportive husband to attend nursing school. She obtained a nursing degree and a divorce. She did what she had to do.

The oven chimed; the biscuits were ready. So was the gravy. I set the food on the table and poured her more coffee.

I made a sound — part snort, part laugh, part sigh. Tension left my body like air escaping a leaky balloon. I took store-bought pickles out of the refrigerator. “Why do you always eat pickles at breakfast?”

I knew the answer. She’d told the story many times, but I wanted to hear her tell it one more time. She eagerly launched into the tale her former mother-in-law, Emma, had told her. Emma woke before dawn every day to make breakfast for her thirteen children. She did what she had to do. There were so many mouths to feed, Emma used a large dishpan to prepare biscuit dough. They didn’t have much, but homemade pickles were plenty. And, through that, a tradition was born.

My grandmother and I sat at the table until almost noon eating pickles, talking, crying, and mostly laughing at family stories. It’s a time I cherish because I didn’t miss her for those few hours that we didn’t pretend death wasn’t on the way.

I like to think I provided a little peace along with a lot of pickles that sweet spring day in 2000. By fall, she was gone. She did what she had to do. Our family has never been the same, but we still eat pickles at breakfast.