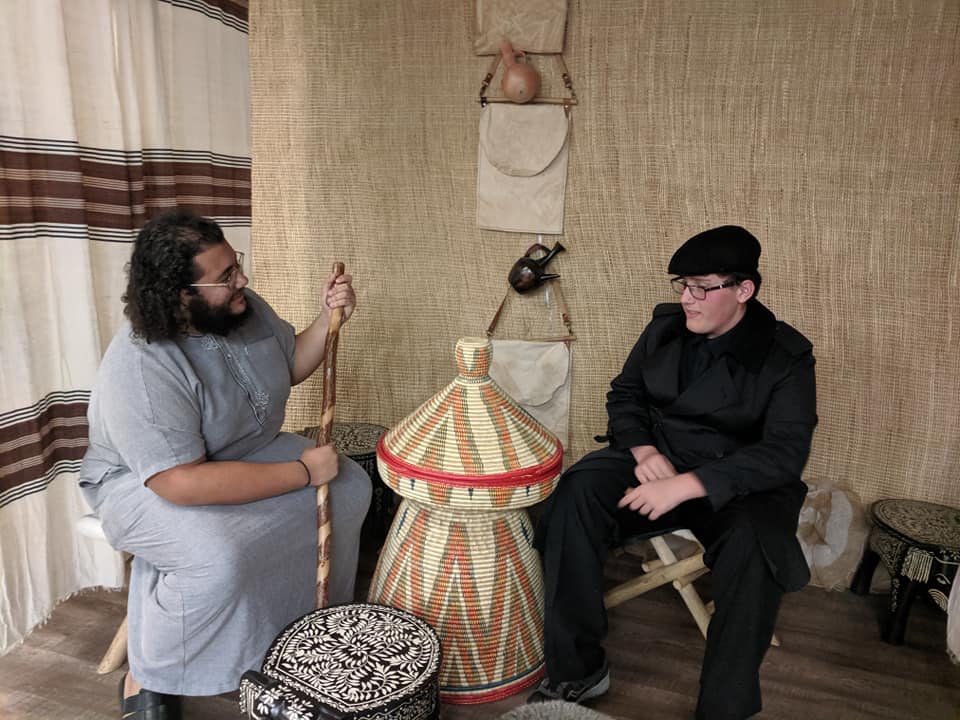 Conversations Across Generations and Cultures 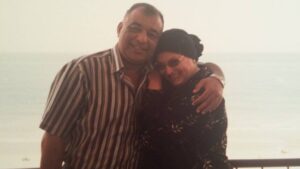 My grandfather set the expectation that my family was surrounded by death, but untouchable by it.

In his lifetime, he was a charismatic and charming man, and an improbably lucky one. He survived war, assassination attempts, pancreatic cancer, heart valve replacements, and outlived most of his relatives and friends.

In my lifetime, the biggest transition in my family was not the spanning of cultures, though every generation before me came from Egypt. It was the passing of my grandfather 3 years ago (peace be upon him), and the shattering of the expectation of our invincibility.

My grandmother, age 69, lived her entire life in Egypt with the exception of visiting her grandchildren in the US. My mother and aunt, ages 47 and 42, were both born in Cairo, and immigrated in their early 20s. I’m the first grandchild, and the first of the family to be born in the U.S., 23 years ago.  My younger brother and cousin are both 15, and firmly rooted in the U.S., though we all navigate its cultural influences differently. I spoke with them about how they feel cultural and generational differences have shaped our family’s views on death.

“I have cultural confusion about death.”

The year before my grandfather died, my grandmother called my aunt, to say he was sick and probably going to die. Her immediate response was “I’ve been getting the same phone call for 10 years. Can you call me when he’s really dead?”

Our family jokes about death all the time. Without any malicious intent, we’re constantly threatening to kill each other. Or we’re swearing up and down over our dead bodies. This comfort with death, the court jester, doesn’t seem to prepare us for death, the reaper. My aunt wonders if the humor desensitizes her to the reality of death. When it did happen, she couldn’t process it.

My aunt shares this trait with my mother, who frequently jokes about how she’s too old to die young now. Yet, if my grandfather’s acquaintances ー pharmacists, grocers, etc. ー inquire about his health, I catch her telling them that he’s doing much better. It often seems like constantly processing her own passing is easier than facing that of her loved ones. 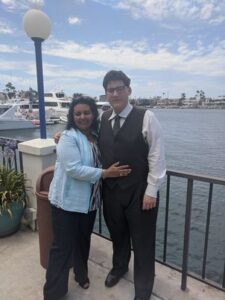 I asked my family how our culture informs our perspectives on death. My cousin says, “You had to ask your mixed cousin this?” My aunt adds, “We’re all mixed, honey.”

My grandmother is living the truth of this, as memories of her loved ones fade. She’s finding it harder to hold onto the details of what they fought over. Meanwhile, my cousin can’t get through this interview without getting in a fight with her mother about what would be appropriate music to play at her funeral. My cousin is suggesting both traditional Quran verses read over her body and WAP played at the reception.

My brother isn’t sure how he feels about religion. He says that American culture pushes religion to the side, and counts himself a budding humanist. He wants to celebrate the beauty of human potential while we’re alive. Yet, he sees the comfort in turning to religion when someone passes.

My cousin isn’t clear on the role faith plays into her understanding of death either. She wants her last words, like our grandfather’s, to be the Islamic testament of faith. But she also quotes the first law of thermodynamics, energy cannot be created nor destroyed, and ponders if that means our souls embark in entropy-enforced reincarnation.

“Death is coming, and nobody has anything in their hand. Whenever death comes, it will come.”

For my grandmother, death has become practical rather than philosophical. Death is a destiny that we cannot avoid, and when our time comes, we must accept what God has given us. When I ask her how she pictures her own funeral, a question I’ve never been brave enough to ask, she says, simply, “An Islamic funeral. Nothing more, nothing less.”

This stands in stark contrast to her daughters.

My aunt says death is a reflective question that makes her consider life. Why are we here? What is our purpose? Thinking of everyone who ever lived, everything they wanted to do, their passions, and how in the end, they died, drives her into an existential crisis.

My mother is less philosophical, but more poetic. She says she’s in a budding romance with death, and they are courting. Each condition that worsens as she ages is a different affair, and a different possibility of how death will come. She shares the very Arab sentiment of my grandmother: death is a fate that is waiting for us. When God gave knowledge to humanity, the two things he withheld from everyone is when and where we’ll die.

That said, she skips over the practicalities of her death. She doesn’t want a funeral. She thinks when she dies there should be no gathering or celebration, because she doesn’t want people to be caught in their grief. As her oldest son, this puts me in a dilemma, because I want to honor her wishes, but I also think she’s wrong. There’s a value in coming together after death to process the loss. While I don’t know yet how to resolve this tension, I plan on continuing to have these conversations with her. Each time we come back to the topic, I get to learn a little more about how she understands and finds meaning in her life.

My brother also doesn’t care much for the celebration. He wants a simple funeral, and a “huge mausoleum.” A strange choice, as our family has no mausoleum, nor any tradition of grand funerary constructions. He wants his death to start a new tradition that all of his family that comes after him will be a part of. He wants his death to be a monument to his life, and a defense against the fear of being forgotten.

Meanwhile, my cousin wants a different kind of spectacle of death. She plans to have a dramatic TV funeral, with strangers appearing to spill juicy details from a secret double life. She wants to curate a playlist starting now, so it’ll be on brand; she wants it livestreamed on Instagram.