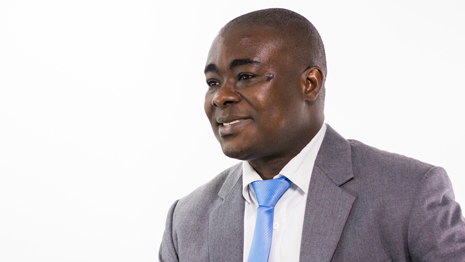 A Patriarch’s Departure and the Love he Left Behind: A Physician and Son Remembers His Father

Given my father’s meticulous preparation towards death, it was surreal when it finally happened on July 1, 2017. I remember the day clearly.

It was a Saturday morning. I had woken up planning to take a walk up the Aburi Mountain. For some reason, my departure from home was delayed. So, rather than facing the blazing sun, I opted to visit my parents in Ashaley Botwe where they lived. I had seen my ailing father only two days prior when I flashed through the house en route to route to Koforidua where I had work duties. The call came halfway through to Botwe. Attorney (as my family called my father) was not doing well at all. A few minutes later, another call came. The family suspected he had passed.

I parked the car to process the news. Then I turned to drive back home to pick up my stethoscope.  Back to Ashaley Botwe, I verified that Attorney had indeed passed peacefully in his sleep. The rest as they say, is history. 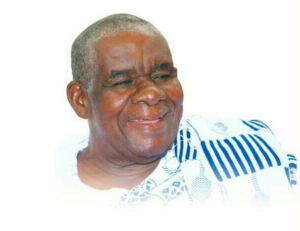 Planning Ahead with Motives of Love and Depths of Wisdom

My father and I spoke often about death. Often in allusions, rarely directly. Through it all, my most challenging conversation pertained to what I perceived to be his fear of the actual process of dying. He was prepared. About that, there was no doubt. That much I knew, not having ever seen anyone as prepared for death as my father was. And yet there was always the question of whether the actual process of dying would be painful or not. Unfortunately, as a doctor and a son, or as anyone else for that matter, the intricacies of dying, be it painful or otherwise, represent a divine mystery that one can hardly describe as relatable.

After his death, his careful planning became all the more appreciable to us all. He had shown me who to go to “if something happened.” He also provided guidance on which parish of the Catholic Church to consult. And when we did, the Catholic Church requested for two things: his baptismal certificate and his church dues card. Riffling through Attorney’s bag, we came across a white envelope neatly labelled “Baptismal Certificate.” In it, I saw his original baptismal certificate issued over 70 years ago and the dues card showing his contributions to the church – the exact documents requested by the church! It felt as if even in death, he was trying to make things easier for us.

I was both impressed and shocked. And then other memories of my father’s thoughtfulness and meticulousness came flooding. Four years before his death, he and my mom told us of their plans to bless their over 40-year-old marriage in the Catholic church. Amused by the prospect of Daavi (my mother) in bridal wear, my family chorused, “let’s go for it” with my good self as best man and my sister Ama as maid of honor! In 1974, they had gotten married at the Kumasi City Council. My father’s real underlying motivation was to regularize his membership in the church, enjoy communion, which he subsequently did at home, and have a church-facilitated service in the event of his death. I saw these as the spiritual dimension of the preparation.

My Father’s Legacy of Peace and Clarity

As a child, I remember my father as a great storyteller. He was as gifted a narrator as I was an enthralled audience. He did not tire, and my hunger did not abate. Three years to his death, I asked him to write down his life story. Slowly and meticulously, he penned it all down in a foolscap notebook.  In his memorial brochure therefore, we had the luxury of deploying his own words in his abridged autobiography. None of us could have captured his eventful story so eloquently.

Three and a half years to his death, he mentioned his desire to write a will. I reached out to my brother, Robert Clegg. Being out of the jurisdiction, he directed me to the gracious Martin Kpebu who worked with Attorney subsequently. From other experiences, it has become clear to me how the existence of a will clarifying the management of a deceased person’s estate cannot be taken for granted. Very helpful, it is often ignored by many, that perhaps struggle with the discomfort of confronting their own mortality. Attorney showed us all his carefully filed land documents, “in case something happened.”

A lecturer, the education of his grandchildren, the non-perpetuation and indeed reversal of any negative legacies within the family from poor life choices of others, support for less endowed members, were all matters dear to his heart. Matters that Ama and I continue to grapple with.

My father also made sure to discuss where he should be buried, clearly anticipating and preemptively striking down any well-known contentions on the subject that could arise later. Unsure of the reaction of the family head to my father’s wishes, I placed a hesitant telephone call, one evening. I had barely finished laying out my case when Uncle Francis responded, “Don’t worry, my son. Your father, who was my brother called to discuss this with me, so I know where he wants to be buried. And we have no problem with that! We are here to support you!”

Today, inter alia, I realize just how special my father was in his thoughtfulness, how much he taught me about death and dying, how important it is to conduct affairs in such a way as to leave a legacy of peace, and the power of a clear family vision that endures long after a patriarch’s departure. Above all, I really thank God for calling our father peacefully in his sleep with my mother by his side. I would like to believe that the actual process of dying was painless. I know that I would not have been able to manage the process otherwise. May Attorney General continue to rest in the bosom of the Lord.