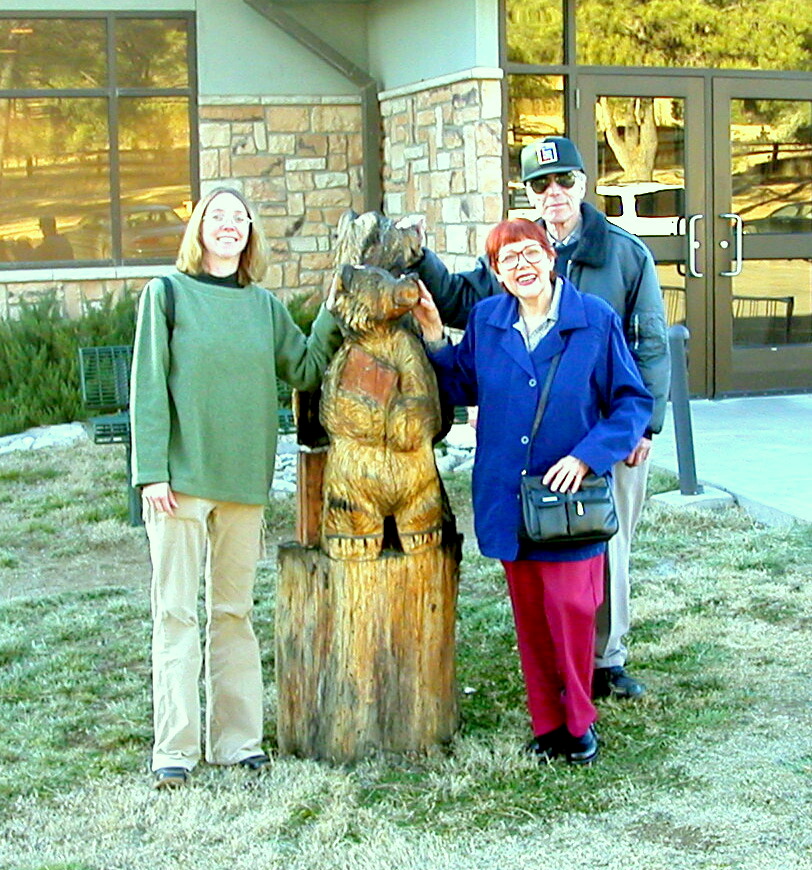 A Good Death Is More about the Journey than the Destination

People think I’m being overly critical when I refer to myself as a reluctant caregiver, but reluctance is the correct term when describing my family’s perspective on mortality. My father had escaped death at least twice and his previous brushes with the Grim Reaper left him with a deeply rooted sense of fear about the dying process. My mother, the eternal optimist, would talk about any topic under the sun except for her end-of-life wishes. Her retort whenever I gingerly broached the subject: “We’re not dead yet!”

I was reluctant to force the issue because as an only child I dreaded the overwhelming responsibility of being a solo caregiver. What remained unsaid came with its own set of consequences.

My parents left a Southern California suburb to retire in the picturesque mountain village of Ruidoso, New Mexico. They appreciated the lower cost of living and enjoyed life there — until they became ill. Then the secluded locale became a major liability.

My father’s dementia complicated his final journey as he was no longer able to communicate his wishes. He was placed in the nearest memory care center with availability, which was 75 miles away. The distance made it difficult for my mother to visit and the pricey monthly fee depleted my father’s modest savings. When moved to a skilled nursing facility after his physical health decline, he collapsed and his ribs were cracked as the emergency medical technicians tried to revive him. His Do Not Resuscitate order was ignored. My father’s death was everything he feared. I was overcome by grief and guilt.

Karmic forces didn’t waste any time giving me a chance to make amends. My mother was diagnosed with stage III colon cancer just six months after my father’s death, following in my father’s trail in a 75-mile ambulance ride. I quit my job in Georgia and moved to New Mexico for six months to care for her.

I believe that having a brush with mortality, as well as becoming dependent on others to care for her, had a profound impact upon my mother and softened the resistance she had to discussing end-of-life issues. One way I’ve found to introduce the topic is by discussing the journeys of relatives who have already passed, both positive and negative. This can have a more profound impact than discussing statistics. In my mother’s case, it also helped to have a third party, the nursing staff, gently prod my her to have these discussions. We finally discussed her wishes. Better late than never.

My mother’s goal was to regain her strength and her ability to walk so she could return home and live independently. She also granted me medical and financial power of attorney. There was so much other paperwork to fill out, so these became just a couple more forms to complete.

My mother recovered well enough to return home, which I retrofitted with safety features such as bathroom grab bars and a shower bench to reduce fall risk. I returned to Georgia to find a job and replenish my exhausted financial resources. A little over a year later, my mother’s cancer returned. She wanted to remain at home, and I was determined to honor her wish. I had supplies shipped to her home. I hired a personal aide to assist with housekeeping and errands who also provided my mother valuable companionship.

With my mother in significant pain, most of our discussions were focused on pain relief. My mother associated hospice with dying, but she also understood that morphine was provided, so she became more willing to enroll in the program.

My mother suffered in pain needlessly because of delays in getting her approved for home hospice care. Over the last month of her life, I served as my mother’s patient advocate, caregiver, and nurse at the expense of being her daughter. I wish I’d had more moments just to be present with my mother, instead of being preoccupied by caregiving duties.

Just a few weeks before her death, my mother and I watched the Kentucky Derby together. Horse racing had long been a love of my parents. They met because of their shared pastime. My mother was too weak to leave the bed. She was generally suspicious of technology but marveled at how we could watch the race on my computer. My mother was happy and alert, and I wished the moment would never end. That year there was a Triple Crown winner, the first in 37 years. It broke my heart my mother did not live long enough to see the historic event.

If life is about the journey and not the destination, then so is death. My father died in a facility without any family members present; my mother died at home as I held her hand. One might assume my mother had the better death, but I’m not so certain. To other caregivers, I would say: you may reach a time when honoring your parents’ end of life care wishes is not viable or is not in their best interest. Be gentle with yourself and accept that you did your best under difficult circumstances. What I did learn has made me a passionate advocate in encouraging others to have those awkward and difficult conversations about aging, medical care, and end-of-life wishes.