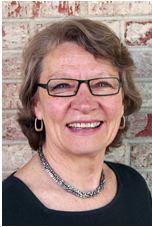 Conversations about End-of-life as an Antidote to Moral Distress

By: Connie Holden, RN, MSN, ethics consultant at Boulder Community Health and co-founder of The Conversation Project in Boulder County

Researchers Hart, et al reported in JAMA (June 2015) that in spite of pre-existing expression of wishes, 25 percent of ICU patients received care that differed from what was desired and that 15 percent of patients with a DNR died after receiving CPR. Such divergence from stated wishes creates moral distress for staff and for family members? If families were prepared to advocate for the patient, would this still happen?

Such distress prompted nursing staff to request an ethics consult in the following situation:

A recently retired, 68 year old, physical therapist was admitted to the ICU in acute respiratory distress secondary to lung cancer, COPD and pneumonia. She had been a long-time smoker. The pneumonia was unresponsive to various antibiotics. Attempts to wean her from ventilatory support were unsuccessful. Her husband insisted that she be a Full Code. Two weeks into her hospitalization the two daughters arrived. The daughters were certain that “mom would not want to live this way” but the father saw her as a “fighter” and did not want to “give up on her.” In spite of her professional training and her serious lung disease, the patient had not completed an advance directive, nor had she talked to her family about her wishes. An ethics consultation with the family and the care team actually strengthened the husband’s resolve to “do everything for my soulmate”. The daughters were angry and communication broke down with their father. Over the course of a week, members of the care team; nursing, medicine, social work, chaplaincy and palliative care were able to help the husband come to terms with the fact that his wife was going to die. Eventually, the ventilator was withdrawn and the patient died peacefully. The daughters found it hard to forgive their father for the suffering that they felt he had inflicted upon their mother.

It is conceivable that this difficult situation could have been avoided. While respiratory distress might still have brought her to the hospital, intubation may have been avoided had her providers talked with her about the burdens and benefits of it, given her cancer and COPD. Patients with chronic lung disease are candidates for MOST/POLST orders. According to nurse, Lynne McAtee at Boulder Community Health, in Boulder, CO, this is a scenario that plays out too often in the intensive care unit.

Had Mrs. Samuels taken the initiative to document her wishes and speak with her husband and children about them, dissension within the family might have been averted. If the daughters were accurately portraying their mother’s wishes, the patient could have received comfort care instead of intubation. Had her pulmonologist, oncologist or primary care physician initiated a conversation about end-of-life wishes, this patient might have been spared non-beneficial treatment and her family might have been united instead of doing battle.

On January 1, 2016, Medicare implemented health care provider reimbursement for time spent in advance care planning conversations with patients. In a recent survey of 736 primary care doctors and specialists, conducted by the John A. Hartford Foundation, 46 percent report that they frequently or sometimes feel unsure about how to have these conversations. Less than 29 percent report having had any formal training specifically on talking with patients and their families about end-of-life care. Time will tell if receiving reimbursement will result in more medical providers initiating such conversations.

There is a very encouraging public engagement movement taking place with initiatives such as, The Conversation Project. Headquartered in Cambridge, MA, under the egis of the Institute for Healthcare Improvement, this initiative encourages the public to utilize its Conversation Starter Kit to pro-actively identify values related to end-of-life care. People are also encouraged to appoint a decision-maker and to have conversations with that person, the extended family and health care providers. The initiative focuses on ensuring that wishes are expressed, recorded, retrieved and respected. In its 2014 report, the Institute of Medicine reported that over 50 percent of people are unable to make decisions before death. A study conducted by the Conversation Project found that 90 percent of people say that it is important to talk with family about end-of-life wishes but only 30 percent have done so.

In many hospitals, nurses are charged with asking patients about advance care plans upon admission. Encouraging patients to select a decision-maker and have a meaningful conversation with family may prevent moral distress for the patient, family and for you and your colleagues.