About Us > Harvey Freishtat, Esq. 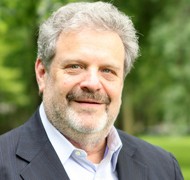 “I will never want to leave my wife, children or other loved ones in a similar position of uncertainty and guilt.”

Dad was in a coma for months with occasional but few moments of clarity. My sister and I visited him in the nursing home every weekend for as long as we could stay in town before having to fly back home to work and family. Fortunately, our stepmother was with Dad all the time — holding his hand and making sure his needs were attended to.

Dad wasn't much of a talker. The only person he might have talked to — our mother — was no longer alive.

But where was this going? An aggressive and inoperable brain tumor had taken this healthy, active, proud, and independent 79-year-old man and reduced him to an institutional bed, tied to tubes, and with a terminal prognosis. The doctors were clear that he would continue to decline. My sister and I knew that Dad couldn’t possibly want this for himself or his family, but we had never had a conversation with him about his end-of-life. Dad wasn’t much of a talker. The only person he might have talked to — our mother — was no longer alive.

Early one morning when I was in town and alone with him in his room, Dad woke up and motioned me to come close. He asked me whether he was going to get better. I told him the doctors didn’t think so. He told me this was not what he wanted and that I shouldn’t let it continue. Trying to hold it together, I asked if he wanted me to tell the doctors that he’d had enough, and he said “Please!” Dad died in due course the day before his 80th birthday.

Over the years, I have often wondered what would have happened had I not happened to be with Dad that morning when he briefly awoke. His lucidity not only brought him dignity and peace of mind as he died, but it delivered my sister and me from what would have been a lifetime of uncertainty and guilt as to his end-of-life wishes. I will never want to leave my wife, children, or other loved ones in a similar position of uncertainty and guilt. Like my Dad, I’m not much of a talker — at least about those things — but I have recently started the conversation.

Harvey Freishtat is senior counsel to the law firm McDermott Will & Emery, an international law firm of more than 1000 attorneys with offices across the US and in six countries.  Prior to his retirement from active practice, he served as chairman and CEO of the firm, practicing in the specialty area of health care as a pioneer in the field. In 2011, Freishtat was awarded a fellowship at Harvard University’s Advanced Leadership Initiative, a program that leverages the skills of accomplished leaders who want to apply their talents to solve social problems and focus on community and public service in the next phase of their careers. Freishtat currently serves on the boards of the Massachusetts Eye and Ear Infirmary, the Beth Israel Deaconess Medical Center and Tufts University School of Medicine.

Mark B. Ganz
Advisor to The Conversation Project