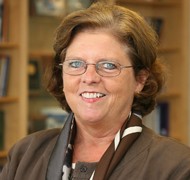 “Looking back, I wonder what might have come from asking that question.”

When my brother Johnny was 17 years old, he was diagnosed with Hodgkin’s disease. It progressed quickly, and he was in and out of hospitals regularly over the next several years. When Johnny was 20, he came to my apartment (I was 23), and told me, “I’m not gonna make it.” He was ready to face death, but I wasn’t. I didn’t know what to say or do. All I could think of was to offer encouragement and try to give him hope. But Johnny stopped me and asked me, “Can I tell you what I want?” “What do you want?” I asked him. “I want to turn 21,” he said.

Looking back, I wonder what might have come from asking that question.

Johnny did turn 21 and died just a few days after that birthday. Throughout that last year of his life, I still didn’t grasp the power of that simple question that Johnny was asking me to ask: “What do you want?” Looking back, I wonder what might have come from asking that question. I wonder about the people Johnny would’ve wanted to meet and see. I wonder about the conversations they might have had. And I wonder about the functionality he could have had, to the extent he could, out of the hospital. But instead of Johnny realizing his wishes for his last year, he spent it mostly in the hospital.

I finally learned the power of the question from a radiation oncologist. While Johnny was in the hospital during that last year of his life, doctors would come and go from his room. They’d speak over him, and about him, but almost never to him. Finally, this radiation oncologist went into my brother’s room and asked him, “Johnny — what do you want?” “I want to go home,” Johnny answered. The doctor then took off my jacket, put it on Johnny, picked him up from his hospital bed, and carried him to my car. Johnny came home, and spent his final days surrounded by the friends and family that loved him.

That one interaction between Johnny and the radiation oncologist taught me not to rely on just providing encouragement and hope. These things are important, but more important, almost always, is having the conversation with a loved one about what they want. Find out what they want, then act on it, and carry it through. Trust me, you’ll be forever grateful you asked, “What do you want?”

Maureen Bisognano is President Emerita and Senior Fellow at the Institute for Healthcare Improvement. She previously served as IHI’s President and CEO from 2010 to 2015, and as Executive Vice President and COO from 1995 to 2010. She is a prominent authority on improving health care systems, advises leaders around the world, and is a frequent speaker at major health care conferences. Ms. Bisognano is an elected member of the National Academy of Medicine, an Instructor of Medicine at Harvard Medical School, and a Research Associate in the Brigham and Women’s Hospital Division of Social Medicine and Health Inequalities. She currently serves on the boards of The Commonwealth Fund, Cincinnati Children’s Hospital Medical Center, ThedaCare Center for Healthcare Value, and on the Advisory Board of County Health Rankings and Roadmaps.