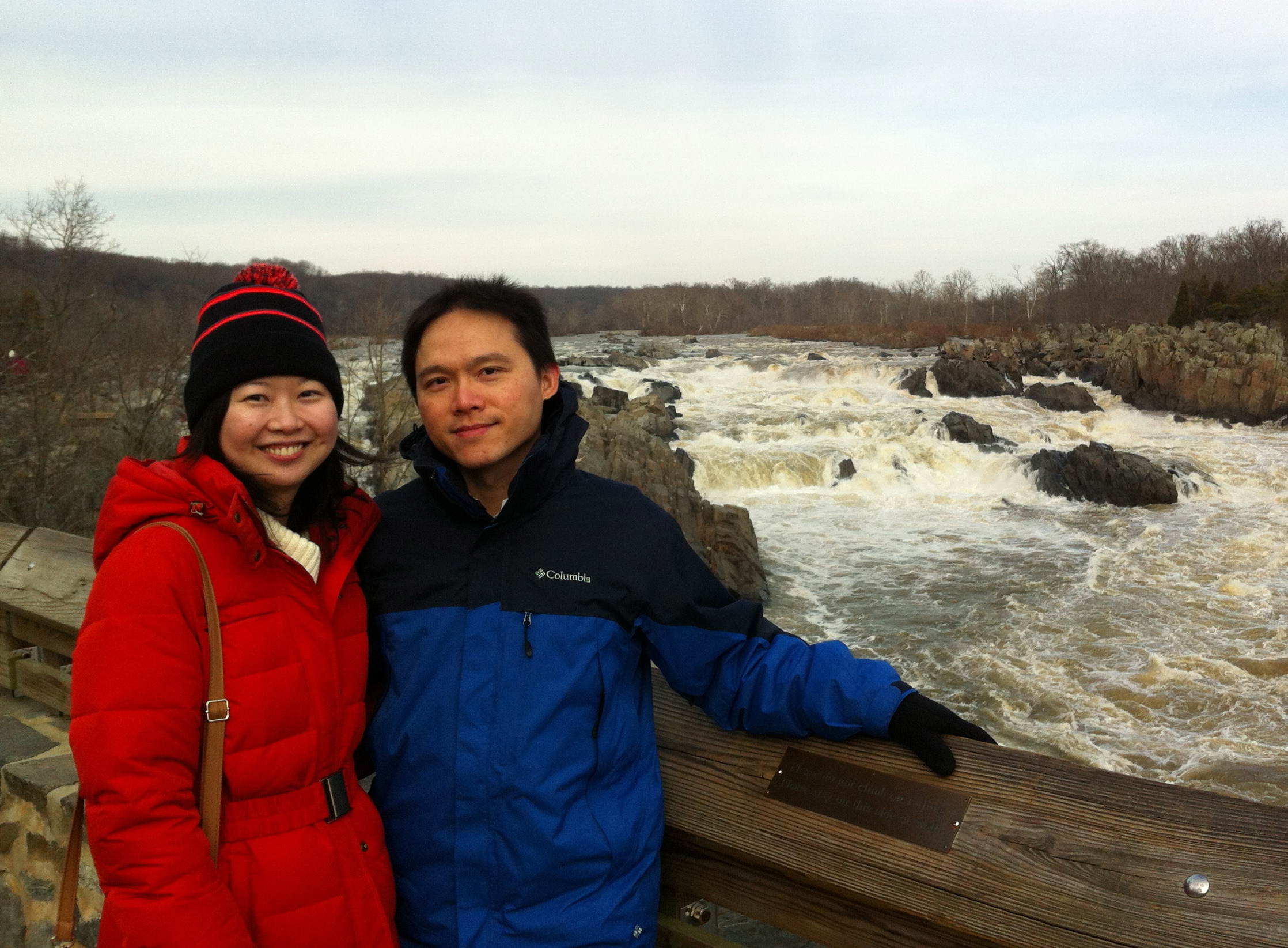 My wife and I

Now, my parents are aging and I dread the day for us to bid farewell. I visit my parents several times a year and I make it a point to bring some gifts every time. Increasingly, those gifts serve to remind me that time is running out.
My grandfather had a mild cough that didn’t go away, and one morning, he just didn’t wake up. While it shocked the entire family, he was after all 80 years old, and he was in great health until the night he fell into a deep slumber. When I heard the news, I cried because I did not get to say good bye. This was the grandfather who told bedtime stories when I was young, who admonished me when I was a rebellious teenager, who in my adult life, continued to be my beacon. In retrospect, grandpa couldn’t have had it better. He led a great life and passed away in his sleep. With him, we never had the conversation.

My poor grandmother on the other hand, was stricken with Parkinson’s Disease for over 10 years before she died. With her, there was also no conversation. It wasn’t “allowed”. Death was (still is) a taboo topic, and none of us in the family even knew what the options were. Many times, when grandma was experiencing the “freezing episodes” from Parkinson’s Disease, she would be in significant distress and would lament about her poor quality of life. She would also repeatedly ask her God, in a rhetorical way, why can’t she die. As family, we brushed off such comments, almost as if we didn’t believe she was dying. I suppose we really didn’t know how to react. There were no physicians in the family, and back then, very little was known about end of life care. People sort of just did whatever they could, hoping that it was the best for their loved ones. We kept grandma at home for as long as we could. Later in her illness, she developed decubitus sores and when it proved too difficult to nurse, we sent her to the hospital. The doctors did what they were trained to do – take blood for tests, inserted a tube through the nose for feeding, gave some antibiotics and recommended a few nursing homes for subsequent care. Grandma never woke up from that episode. She passed away in the nursing home. This was the grandma who cooked for me when I was young, who nursed me when I had those horrible childhood fevers, who nagged me way into my adulthood. In retrospect, perhaps, we could have asked her if she wanted a feeding tube, we could have acknowledged her distress more, instead of brushing her off, we could have asked what she wanted, and respected those wishes.

Now, my parents are aging and I dread the day for us to bid farewell. I visit my parents several times a year and I make it a point to bring some gifts every time. Increasingly, those gifts serve to remind me that time is running out. Two years ago, the “gift” for my dad was a cataract surgery at a fancy private hospital where he didn’t have to queue and was given the royal treatment. Last year, I brought him a walking cane, the kind that can be folded into a stool, so he can rest should he get tired standing.

During a recent visit, even though I didn’t think of it as a gift, I thought it was important to talk to him about his wishes. In Asian families, talking about death is especially difficult. Elders don’t talk about it because they assume the children will act in their best interest. Even if that is true, the children are often put in a spot when they have to make difficult decisions. Children don’t talk about it because they worry about offending the elders. However, I didn’t want it to be like grandma, where nobody knew what she wanted because nobody wanted to talk about it. I was worried that my dad would be superstitious and perceive the conversation as a bad omen. That worry was totally unfounded. It became clear that my dad was ready to talk about it all along. He was just waiting for me to be ready. So, over a hearty “Dim Sum” breakfast, he told me everything he wanted and didn’t want. He wanted autonomy, he didn’t want futile aggressive treatment, he valued his independence and mobility, and when he cannot take care of himself, he wants to be in an assisted living facility. It was almost as if he had already made a list, and was just waiting for me to ask.

With my mother, it is a little more tricky. She has schizophrenia and I wonder if I can have a meaningful conversation with her. Nonetheless, I will ask during my next visit and I hope to be surprised.

With my wife, it was an easy conversation. We are both physicians and know very clearly the limits of medicine. Both of us want to be comfortable and respected. I hate nausea and she doesn’t like needles. We have a pretty good idea of our preferences to act as each other’s agent. We did not make any advance directives but we know in practice, the spouse’s verbal instructions carry enough weight for physicians to act accordingly. For me in particular, if I live past 80 and am offered an exit like my grandpa’s, I’d grab it!