About Us > Rev. Rosemary Lloyd 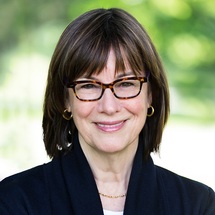 I grew up with the blessing of living near all four of my grandparents. As they grew old, they moved in with our family. When my maternal grandfather was diagnosed with colon cancer, I was in nursing school studying the ideas of Elizabeth Kubler-Ross which I brought home to share with him. I was still asleep the morning he died at home with my mother holding his hand, but I think that the conversations we had about death and dying helped to frame the hospice-like home care he chose at the end of his life.

When I got married, I moved to Rochester, New York, a 7-hour drive from my parents and surviving grandparents. After a visit “home,” I would say good-bye with hugs and kisses all around, but worried that there would come a time when it would be my last good-bye. One day, I expressed my concern to my paternal grandfather, Michele, who was then in his late 80s. “Grandpa, I am sad to think that this could be the last time I see you…” He replied, “I’m an old man now. I have had a good life. I’m not afraid to die. So don’t worry about me, OK? And if I don’t see you, I’ll see you.” With a smile and eyes brimming, at the end of every trip–for years–one of us would say, “I’ll see you,” with special meaning.

I did see my grandfather on the last day of his life. He loved hard work in his gardens, and had spent hours outside planting a young fig tree with two of his grandsons. He enjoyed dinner with the family and went to bed. In the middle of the night, I heard him call out from his room next to mine. I went to him and turned on a lamp. “What is it, Grandpa?” “I’m cold,” he said, with a far away look in his eyes.

I roused my mother, also a nurse. As we bundled him in a blanket, our eyes met in a knowing look. I woke my father, Michele’s son, and told him to go to Grandpa, that I thought he might be dying.

Startled and afraid, my father said, “Call 9-1-1!” But I sat still on the edge of the bed and thought of my grandfather’s clear message over the years. “Dad, Grandpa is 94. He has had a good, long life. He told me he is not afraid to die.” Then I gently explained what would happen if he was taken to the hospital and his heart stopped. “I would hate to think of his 94 year-old body treated that way. This is a good way to die: at home, with all of us around him.” We called Grandpa’s other two sons to come quickly, and the three adult children circled their father’s bed as he took his final breaths.

My paternal grandfather died the way so many Americans say they wish to die: at home, peacefully, with loved ones surrounding them. But too often we see people entering hospice with just days to live, or struggling in intensive care units, undergoing potentially unwelcome treatments. I hold the memory of my grandfather’s death as a possibility for more people.

The Conversation Project is creating an inspiring opportunity for more of us to narrow the gap between our hope for how we might die and how so many are dying. We are here to help you start the conversation.

The Rev. Rosemary Lloyd is dedicated to supporting clergy and congregations in having vital conversations about our unique wishes for care through the end of life. A graduate of Georgetown University and Harvard Divinity School, Rosemary has a life-long interest in end-of-life care and ethics that are fueled by her experience as a registered nurse and hospice volunteer. She is an ordained Unitarian Universalist minister, a graduate of the Metta Institute for Compassionate End-of-Life Care, and an advocate for deepening the spiritual practice of embracing the reality of our mortality for the sake of having more joy in life.